The first thing that really hits you about “The Lovers” is not its muted color palette, ever-evocative of a smog-suffused Southern California dusk, but its musical score. A lush, romantic through line of melody, performed by a whole orchestra, with passages reminiscent of Ravel, Debussy, even Wagner. The score is by Mandy Hoffman, a longtime collaborator with this film’s director, Azazel Jacobs. (There is a bit of authentic Tchaikovsky in the movie as well, and, near the end an unexpected but perfect 1980s pop hit.)

Majestic, romantic, searching strains seem at first peculiarly incongruous with the action on screen. “You need to tell her now,” an attractive middle-aged woman sitting on a bed tells a paunchy, balding, despondent-looking fellow some years older than her; his submissive response is rather less than zealous. Another couple, this one a woman in late middle age who’s with a younger man, is then seen kissing by a tree near a nondescript office building; he, too, seems the more ardent one in the exchange. The older folks are Michael and Mary, played with incredible aplomb and discipline by Tracy Letts and Debra Winger. They are married, as it happens, to each other. They live in a bland split level house in a bland split level neighborhood, work bland undemanding jobs, and interact with each other with a tolerance that barely disguises, if at all, their jaw-clenched disregard for each other. Like most adulterers, they’re reluctant to let the other shoe drop, or so it seems; by the same token, there’s a sense they cannot wait to start new lives with their very whiny lovers. What they’re waiting for, now, is a visit from their college-attending son, whom they want to tell in person. Of course neither is aware that the other is cheating.

So we believe. To tell the truth, there’s a lot of ambiguity in this droll and stylized comedy … until the moment when there’s no ambiguity at all. One morning, in the period when they’re preparing for their son’s visit, Michael and Mary go to sleep their customary way, sharing a bed but not touching. In fact they stay as far away from each other as a person in the same bed can get. But the next morning, they wake up facing each other, their heads almost touching. They open their eyes. They look at each other. They are terrified.

But they decide to go off the cliff: they kiss. Then they make love. Then they’re off to the races, having an affair with each other. This will eventually throw their son Joel (Tyler Ross), who has told his girlfriend Erin (Jessica Sula) how much his parents hate each other, for a major loop. But not before Michael and Mary have taken off for home during their lunch hours several times, and have left their peculiarly needy outside interests hanging at crucial moments.

There’s one scene that’s a particular riot. Michael is out with lover Lucy (Melora Walters), a dancer he’s surprised at her ballet teaching class. He’s eagerly explained to her about how much he wants to go out on a proper “date” with her. First he has to make up a lie for the wife. Who is, of course, out with her whiny boyfriend Robert (Aidan Gillen). Each spouse asks about the background noise on the call, given that it’s supposedly coming from the office where the spouse has to “work late.” Michael spins a tale about how he stepped out for a bite; he’s gone to get “Chinese.” Mary lies back that she too has gone for “Chinese.” Michael suggests that she do as he does and get “the duck.” “If you ask me,” Michael says, “It’s too delicious not to share.” The quality of their passion here is not just notable for its audacity but for its crassness; in their rediscovery of each other they’re committing a kind of double betrayal. Which is what makes it fun for them, one suspects.

But Jacobs’ movie does not judge them, and, in fact, its myriad elements, including the music, suggest that it somehow believes in them, not in spite of their flawed character, but because of it. This is a picture with stylization that some will find off-putting, but the actors are totally in sync with it, and its through line is remarkably consistent. The languid pacing is not an arbitrary stylistic tic; it conveys a listlessness that is likely not uncommon to suburban life in Southern California. The movie’s frankness about the physicality of adultery in late middle age will be much commented on, I suppose, but part of the point Jacobs seems to be making is that such things aren’t worth making a big deal over. The wisdom of this meticulously crafted film is in its genuine irony, which amplifies steadily throughout until culminating in a moment of real heartbreak that, ironically enough, only sets the stage for a cycle of deceit to begin again. 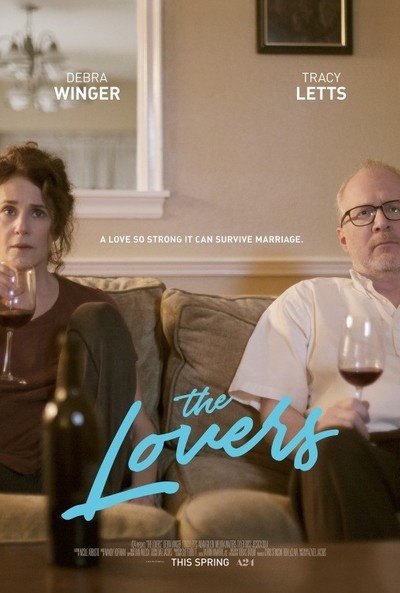 Rated R for sexuality and language.