When you find out that a motion picture has had its title changed to the almost magnificently generic “The Lovers” from a rather less plain but still not-exactly-staggeringly-original “Singularity,” you know that a post-production conceptual shift of some magnitude has occurred. And post-production is pretty much the last part of the filmmaking process in which to introduce that kind of shift.

Not to get too inside-baseball, but sometimes there’s a very good reason that certain movies get stealthy on-demand releases during what industry members frequently refer to as “dumping season.” This very unfortunate film, directed by Roland Joffé from his own script (the story is from Indian screenwriter Ajey Jhankar), opens with some deep-sea diving action that recalls James Cameron’s “Titanic”; as does the quest of the divers in question: they are pursuing a particular artifact. In any event, one of the divers is stuck, and so team commander Josh Hartnett goes down to rescue her (she’s his wife...oh, wait, now all of a sudden it’s “The Abyss”) and in so doing almost drowns. Once Hartnett’s character from our-not-too-distant-future (lots of blue lighting and a sleek futuristic vehicle are the most prominent visual signifiers of this time frame) flounders on life support, the movie goes back in time several hundred years, to India in the late 1700s, where a British captain named James Stewart (really!) also played by Hartnett, is engaged in a lot of challenging-to-follow martial intrigue that leads him into a doomed romance with a regal warrior woman played by Bipasha Basu, one of the premiere leading ladies of Bollywood.

The scenic cinematography by Ben Nott is often beautiful, which distracts, at times, from the fact that the storyline is both convoluted in the most gratuitous way possible and that it’s enacted in the most unengaging way imaginable. Every now and then one will be shaken awake by some of the most stultifying clichéd dialogue concocted in all of narrative movie history, to wit:

“Tell me of this Captain Stewart.”

“He inspires love in our people?”

“Some people say so, father. “

“Then it will benefit us to arrange his death.”

During an earlier exchange at a large table, some pompous bad guys conspire and contemplate getting over on the ostensibly good people they require cooperation from: “The vast sum of money involved will mollify their scruples,” says one, and there’s haw-hawing all around. Little bits such as these are the only things the movie offers to rouse a viewer from a stupor; then again, some of the sounds of stabbing during the movie’s occasional breakouts of martial violence are very ripe and wet and loud, which is also noteworthy; in every other respect, watching “The Lovers” is only a noteworthy experience for the way the movie just evanesces as it goes on. For all the expense of the production, it offers practically nothing in the way of either emotional or intellectual engagement, and once the viewer is finished with trying to care about the plot, the only remaining question is why the film was made.

My conclusion was that it had something to do with expected box office returns in an international market, what with Basu toplining the cast; unfortunately for her, she looks pretty haggard throughout and is given little opportunity to extend the charisma that made her a star on her continent. Similarly, Hartnett seems only to strike poses and draw blanks. I have not expected much of anything from Joffé as a director since…well, ever, really, as his only entirely watchable film, 1984’s “The Killing Fields,” had such a strong story and cast that Joffé’s refined-yet-lead-footed directorial approach couldn’t kill it. If you think you have fond memories of “The Mission,” I respectfully suggest it’s because you haven’t looked at it again in a while: I have, and it’s a drag. As has been everything after that. “The Lovers” is both worse and perhaps better than a drag: it’s a tranquilizer. 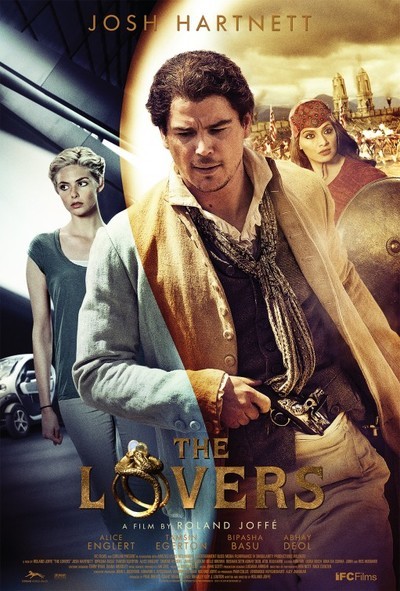