The Leisure Seeker is the affectionate name Helen Mirren’s character has given to the clunky, old Winnebago she and her husband, played by Donald Sutherland, have enjoyed family road trips in for years.

And “The Leisure Seeker” is an affectionate film about that aging, ailing couple as they take one final, ill-advised journey in their beloved RV. But just like the titular vehicle, the movie sputters along toward its intended (and entirely predictable) destination. Even having tremendous actors like Sutherland and Mirren in the front seat can’t enliven this vacation.

Veteran Italian director Paolo Virzi has a tough time finding the right tone in his first English-language film. It’s a mostly gentle movie with occasional moments of truth. But working from a script he co-wrote with Stephen Amidon, Francesca Archibugi and Francesco Piccolo (based on Michael Zadoorian’s novel), Virzi too often strains to mine humor from situations that are inherently sad.

Sutherland’s character, John Spencer, is a retired English teacher who can recite entire passages from Hemingway and Melville. But dementia is getting the best of him, often rendering him unable to recall where he is or even his wife’s name. That would be Mirren’s Ella, to whom he’s been married for nearly 50 years. While he’s stuffy and meticulous, she’s chatty and gregarious. (And the great Mirren’s South Carolina accent is uncharacteristically wobbly.) Both have a habit of cluelessly talking strangers’ ears off about their favorite subjects, which is meant to be endearing but quickly becomes just as boring for us as viewers, as well.

But Ella also is suffering from some sort of illness, as evidenced by her frequent pill popping, whiskey swilling and nausea. Nevertheless, she insists that she and John hop in the Leisure Seeker and travel from their home in Wellesley, Massachusetts, down the coast to Key West, Florida, to allow John to finally visit Ernest Hemingway’s historic home. Meanwhile, their grown children (Christian McKay and Janel Moloney) sit at home, waiting and worrying. (Neither is terribly well developed; he’s apparently a closeted gay man, she’s a professor with a husband and two kids.)

As is so often the case in road-trip movies, long-held frustrations and resentments bubble to the surface. But “The Leisure Seeker” adds an element of confusion and memory-loss as a convenient narrative device, forcing secrets to emerge in unlikely ways. Sometimes there’s an emotional resonance to these moments as we watch Ella watch the love of her life slipping away; sometimes, there’s not.

But the results are often confusing for us, too. When John points a shotgun at Ella and accuses her of still being in love with an old boyfriend from 50 years ago, is this supposed to be funny? Later, they bring that same shotgun to a retirement home to confront the aforementioned ex in a massively contrived turn, which is just as awkward. And at one point, while Ella is on the phone at a middle-of-nowhere gas station, John climbs in the RV takes off without her. When she catches up with him on the back of a motorcycle, he scolds her for hanging out with a seemingly dangerous stranger. Again, Virzi presumably means for this misunderstanding to be amusing, but lacks the delicate touch to make such a wacky gag work.

Then there’s the half-baked political undercurrent running through “The Leisure Seeker,” which takes place during last year’s presidential campaign in August 2016. One of the first images we see is of a pickup truck driving through the comfortable, well-manicured streets of Wellesley flying Donald Trump flags and blaring one of his bellowing speeches. This seems unlikely in such a predominately liberal place and starts the film off on a false note. Later, John wanders into a rally full of MAGA-hat wearing Trump fans shouting “U-S-A!” and “No more Muslims!” And when the couple decides to splurge on a hotel room for a night of comfort, there’s a Hillary Clinton rally going on there. But Virzi never explores the significance of this tumultuous time in recent American history; if he’s trying to make a point, it isn’t clear.

What is painfully obvious, though, is his use of on-the-nose musical selections to accompany the couple’s journey. From Carole King’s “It’s Too Late” at the beginning (“Something inside has died and I can’t hide and I just can’t fake it”) to Janis Joplin’s “Me and Bobby McGee” at the end (“Freedom’s just another word for nothin’ left to lose”) Virzi never misses an opportunity to tell us how to feel. 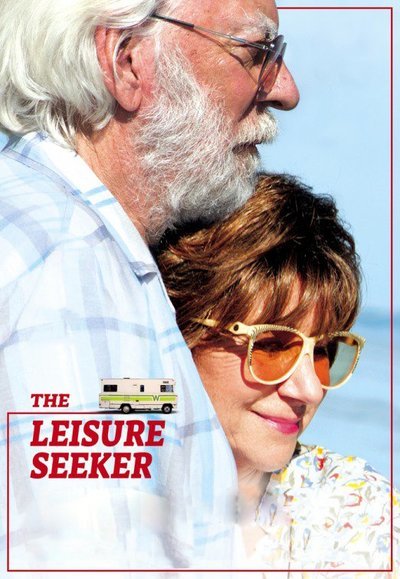 Rated R for some sexual material.

Christian McKay as Will