Just last month, in my review of the star-studded “In Dubious Battle,” I suggested that James Franco’s directorial career was developing in an interesting way, moving from the more formally experimental takes of his earlier efforts to something more traditional. “The Institute,” co-directed by Franco and Pamela Romanowsky, makes me rethink everything in that review. It’s not as formally daring as some of Franco’s other work, but it’s more immaturely constructed and executed than even some of his “weirdest” films. What’s most surprising here is a lack of confidence. The film looks like a rushed production that a few friends got together and made over a weekend. Performances range from tolerable to horrendous, and the script needed at least another rewrite to figure out what it was trying to say, and, preferably, buff out a ridiculous twist ending that would make M. Night Shyamalan go “nah.”

The real tragedy is that there are interesting themes with which to play and a setting that could have been employed for fright value in “The Institute”—it’s just that no one knows what to do with any of it. “The Institute” is about abuse of power, especially that of men over women, and a time when independence for the female gender was seen either as mental illness or something that needed to be controlled. It has allusions to Edgar Allan Poe, but can’t muster an ounce of the atmosphere of the master’s works, largely due to awkward performances, and inferior design elements. Every once in a while, something will rise to the surface—an acting choice by the talented cast, a line of dialogue, an interesting theme—but it’s not often enough to justify the film’s many missteps.

It is Baltimore in the late 19th century and Isabel Porter (Allie Gallerani), destroyed by the recent death of her parents, decides to check into the Rosewood Institute, a facility that promises not so much of an intense psychiatric deconstruction as a trip to the spa. Reportedly a haven for the area’s socialite women, Rosewood hides an insidious secret. It turns out, and the film is reportedly based on a true story, that the doctors of Rosewood have been essentially brainwashing and controlling their patients, sometimes even lobotomizing them and turning them into sex slaves for the local elite. As Isabel learns more and more about what’s going on at Rosewood, “The Institute” devolves into a violent version of the orgy scene from “Eyes Wide Shut” as men in masks abuse heavily medicated patients. Then it goes right for the Poe influence with a straight nod to one of his most famous short stories.

The first half of “The Institute” is hampered by poorly written dialogue, handled dispassionately by a cast that can’t quite find the tone of the piece. Franco, as great as he can be, has a habit of displaying his disdain for projects he doesn’t particularly enjoy, and he’s half-asleep here, even when delivering howlers like, “What is your family’s relation to evil?” A line like that needs to be embraced like prime era Vincent Price, but “The Institute” takes itself too seriously to become the B-movie it should have been. So many of the performances here are bizarrely flat—including Eric Roberts as the head of the institute and Josh Duhamel as a detective investigating the situation—as if the directors were trying to make a serious drama. Even Poe knew to wink at his audience and embrace the ridiculousness every once in a while. It’s not that “The Institute” has the wrong tone—it is toneless; flat and unemotional. And that situation isn’t helped by the more inexperienced cast members, some of whom deliver lines as if they’re being fed them through an earpiece.

And then there’s the final act of “The Institute,” which includes a twist so illogical that it seems to exist only because they had no idea how to end the movie believably (and the revelation in the press notes that this was originally conceived as a pilot makes the non-ending a little more understandable, but still awful). When you haven’t figured out what your movie is trying to say, sometimes it’s just easy to end it with a “gotcha” moment. Don’t get got. 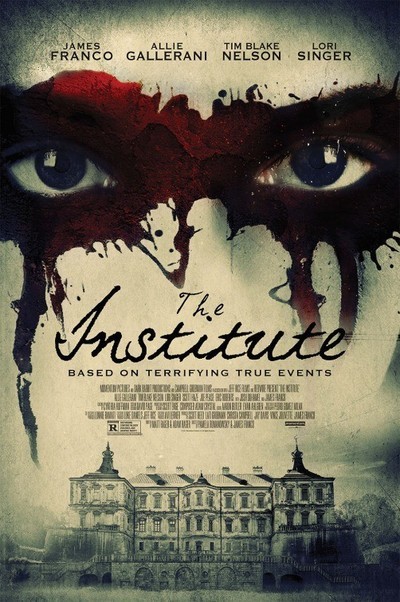