Equally moving, informative, and infuriating, Netflix’s “The Innocence Files” is one of the best true crime series ever made. Going well beyond the typically sensational whodunit formula to paint a comprehensive portrait of our justice system's failures, it’s a must-see for anyone interested in how innocent people end up going to jail. But we should all be enraged at a system that allows clearly innocent people to spend years on death row because it either relies on faulty evidence or encourages corruption. The best compliment I can pay “The Innocence Files” is that it reminded me of one of the best documentaries of all time, Errol Morris’ “The Thin Blue Line,” another work about injustice that changed the way people looked at the entire system. Hopefully, this will have the same kind of effect.

“The Innocence Files” uses the work of The Innocence Project, a group built to get wrongfully convicted people out of prison, as sort of the base of a tree. It then journeys out from that base to three primary branches—evidence, witnesses, and prosecution—with each of those different areas of justice given three episodes, some of which run nearly the length of a feature film themselves. (Alex Gibney directed the seventh episode, and it’s basically a standalone documentary film at 81 minutes.)

For evidence, Roger Ross Williams and others detail a number of cases in which scant evidence was portrayed to jurors as definitive when the science didn’t really support it. They focus on a pair of horrible child murders that were clearly perpetrated by the same monster but the system railroaded two separate people based on the junk science that is bite-mark evidence. The theory that a bite mark can be traced back to an assailant like a fingerprint or DNA sample is simply untrue, but experts can claim it and jurors believe it. The first three episodes highlight a particularly loathsome man who stands by his forensic dentistry testimony even after it’s proven unequivocally wrong. Not only do the bite marks not match, there’s no real evidence of bites at all.

Chapter four of “The Innocence Files” moves on to detail the dangers of resting a case on eyewitness testimony. Courtroom dramas have trained us to think that witnesses are the best thing for a prosecutor. What’s stronger than someone pointing to the person that raped them from the stand? But these chapters, including a masterful one by Liz Garbus, make clear how inaccurate this testimony can be. When one is being attacked, we don’t focus on details or faces—we fight for our lives, looking at a weapon more than a facial feature. And the truth is that one out of four eyewitness accounts have been proven to be inaccurate. And yet there are men behind bars simply because someone deeply traumatized pointed to them in a line-up. These three chapters make the case that eyewitness testimony is not the smoking gun many people believe it to be.

Finally, “The Innocence Files” gets to its most stomach-churning chapters, involving overzealous and corrupt officials who hid evidence or purposefully misled jurors. Even here, the production is smart in its focused rage, spending more time on the victims and on the rescuers than the villains, profiling the people who see these prosecutorial miscarriages and devote their lives to rectifying them.

The scope of “The Innocence Files” is what makes it so remarkable. It naturally spends the most time with the men who were wrongfully convicted and later exonerated, but doesn’t forget the other players, including victims and even jurors. It doesn’t condemn prosecutors or cops in a way that is sensational, and it even has sympathy for those who now recognize their errors. We’ve all seen stories of injustice, but few with this wide a reach; we've seen even fewer that tackle this much, while presenting a portrait this extensive and detailed, working as both a human-interest story and commentary on an entire system.

Ultimately, wrongful convictions harm far more than just one person. They expand the suffering for the victims by delaying their justice; they traumatize new people like the loved ones of innocent men behind bars; they even allow the actual perpetrators to get away with more crimes. If the bite-mark evidence in the first case hadn’t been so faulty, the second murder may have never happened.

Great non-fiction filmmaking has the power to enact change, and my hope is that “The Innocence Files” forces people with the control to change junk science, bad prosecutions, and general incompetency to do something about it. And maybe give The Innocence Project more power to correct the wrongs. There are undeniably hundreds of innocent people behind bars as you read this. I'm just optimistic that “The Innocence Files” has the ability to help ensure there are fewer in the future. 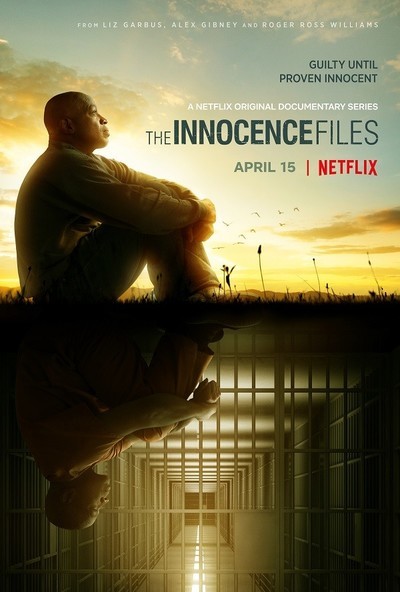