The best thing that can be said about Argentine filmmaker Eduardo Williams’ debut feature, “The Human Surge,” is that it provides modern audiences with the ultimate stamina test to keep their eyes fixed on the screen in front of them rather than the phone in their pockets. Though the picture is admirable on a conceptual level, its execution is incoherent, interminable and a colossal strain on the eyes. So murky are the visuals, often lit solely with natural light, that they are rendered unseeable for long stretches of the running time, with the characters’ languid expressions intermittently illuminated by the cool glow of their phone screens.

As a video installation projected on the wall of an art museum, “The Human Surge” would likely find its ideal audience. Williams certainly has his admirers, as evidenced by the prizes he garnered last August at the Locarno International Film Festival. Yet if it hadn’t been for Ela Bittencourt’s wonderful interview with the director in Film Comment, my response to the movie would’ve been as baffled as Warren Beatty’s response to that now-infamous duplicate card at the Oscars. Incorrectly billed as a documentary on IMDb.com, Williams’ three-act opus casts nonprofessional actors as aimless youths yearning to break free from their dead-end jobs and isolated communities through the transporting prism of technology. Williams’ script was a mere 15 pages, enabling him to lose himself in the process of finding each scene during production, giving them the spontaneous rhythm of unguarded moments. This approach demands the skills of a master craftsman, and Williams has not yet reached that point in his artistry. His wandering eye continuously risks losing the audience entirely, resulting in endless shots where the camera follows characters from a distance, surveying the back of their heads as Gaspar Noé did (albeit brilliantly) with his protagonist in “Enter the Void.” The intention here is for the audience to absorb the characters’ surroundings, which are often difficult to make out, as if they were lit by a dim projector bulb.

Any interest the film’s first act generates is of a prurient nature, as it centers on Exe, a Buenos Aires man in his twenties. After losing a job he detested, Exe hangs with his friends who are aiming to acquire a new revenue stream by live streaming footage of their genitals. The frontal nudity on display is as plentiful as one would expect, though not quite as explicit, considering the dingy compositions of the cinematography shot on Super 16. If Williams’ goal was simply to make his viewers as bored and horny as the people onscreen, then this section could be considered successful, if not exactly compelling. Once the second act is triggered by the camera literally entering a computer screen—reflecting the “rabbit hole”-like immersion offered by the Internet—the film starts to come off the rails. The screen displays footage of young men from Mozambique flashing their crotches at whoever happens to be looking, though they stop short of complying to the viewers’ pornographic requests. Then Williams starts to follow these men for a period of time, and the quality of the camerawork is so poor that it caused me to wonder whether the screener I received was somehow flawed. In his interview with Bittencourt, Williams reveals that it actually was his intention to make the footage appear as if it were filmed off a computer screen, because that’s exactly how he captured it, with a Super 16 camera. And it looks just plain awful.

Turns out Alf, one of the men in Mozambique, is also saddled with a job he hates, so he decides to follow another guy into the jungle. As one of them urinates on an anthill, the camera hurtles directly into the ground, immediately evoking memories of the unforgettable opening sequence in David Lynch’s “Blue Velvet,” which honed in on the eerie insects lurking within the impeccably manicured lawn of a repressed suburb. After the initial thrill of a change in scenery, even this odd sequence in “The Human Surge” outstays its welcome. Williams spends so much time lingering on the ants that one wishes they’d break into song just like they did in Lynch’s “Dumbland” series. When the camera reemerges above ground, the story is suddenly transported to the Philippines, thus completing the film’s metaphorical use of an ant colony as a representation of how technology binds us over vast distances, delivering moments of fleeting intimacy that can brushed off as quickly as an ant on a human hand.

The hand witnessed in close-up belongs to a member of a Filipino family we later see bathing in a picturesque location well-lensed by the now-digital camerawork. Yet this section is every bit as frustrating as the first two, in part because Williams deliberately obscures which character is talking at any particular moment. Since we have no investment in any of the allegedly talking heads onscreen, the dialogue comes off purely as pretentious musings from its writer/director. Lines like, “The normal sound of the future will be a crowded food court” or, “I dreamt that the sky was covered in advertisements” are interesting in and of themselves, but they are delivered here like flowers thrust into the void of a freshly dug grave. Nothing resonates because nothing connects. It’s as if the film is bored with itself and is continuously searching for a purpose as elusive as the internet café hunted after by the family’s daughter.

Florescent lights lend a ghoulish aura to the film’s final moments set in a factory where tablets are being created. Echoing through the room is a robotic voice that repeats the word, “Okay,” again and again. This should be a chilling finale, but it is so prolonged that it devolves into the cinematic equivalent of water torture. Rarely have I felt more relieved by an end credit roll. I hated “The Human Surge,” but I do not hate its creator. I commend him on his audacious attempt at conveying how human connection has become as fragile as one’s Wi-Fi connection. If only I could connect with the film itself. 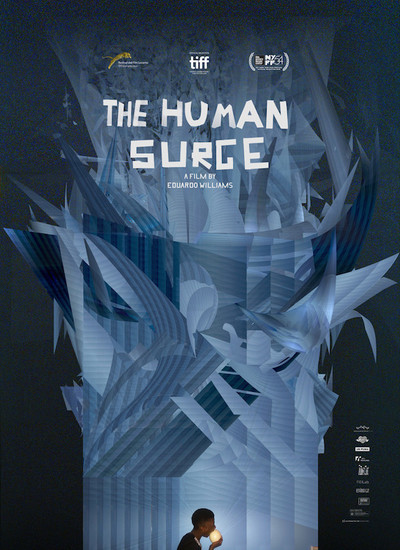