It isn't unusual for me to check a film's end credits to find the name of an actor whose performance strikes me as exceptional. I also enjoy tracking my favorite actors across different roles. But it is unusual for me to search for a name in three different films, playing characters with three different nationalities, in three different time periods, without realizing it was the same actor. Ben Schnetzer disappeared so convincingly into his roles as a gay British activist in "Pride," a Jew hiding from the Nazis in "The Book Thief," and an outspoken techie in "Snowden" that I did not recognize him. Most actors are very good at conveying complex emotions, but few are as specific in their choices of posture, voice, gesture, and expression to disappear into a role.

In "The Grizzlies," based on a true story, Schnetzer takes on yet another nationality to play Russ, a Canadian teacher in one of the most remote places in the world, Kugluktuk, Nunavut. Sent there with just two days' notice to put in the required community service hours while he waits for a job at a posh prep school, he knows almost nothing about the region or its people, part of an indigenous tribe near-ruined by modern "conveniences" that separate it from its traditions. Schnetzer's performance here is not as showy as some of his others, but his subtlety is well matched to the understated authenticity of the indigenous actors who play the students and members of the community. Standouts in those roles include Booboo Stewart, Anna Lambe, and Emerald MacDonald as students, whose dignity and authority keep Russ from becoming the kind of White Savior that has been the theme of too many films, especially films about young people of color.

The opening scene shows us what appears at first to be a boy and a dog taking an idyllic walk through pristine, snowy vistas. But it quickly turns tragic and we learn that this area has the highest teen suicide rate in North America, as well as widespread domestic abuse and alcoholism.

The principal has seen too many of these eager young teachers from "the South" to allow Russ to waste her time by telling her how glad he is to be there, and how much he hopes to accomplish. He gets a sense of how little he knows about the community when he asks a local (played by real-life Member of Parliament Jack Anawak) how long he has lived in Nunavut, and the man answers, "6,000 years." He tries to ingratiate himself with the class by telling them to call him Russ "because Mr. Sheppard is my father," and they tell him the reason they won't call him "Mr. Sheppard" is that "Mr." is a white man's term. There is nothing the school can teach them that will help them in their community's primary activities—hunting, fishing, and getting wasted.

Russ has a lot to learn from these students, as he begins to realize when he carelessly dismisses a boy's heartbreak over his girlfriend, not realizing that the boy is suicidal. But Russ also has something to teach them, or allow them to reclaim. He is a lacrosse player, and is so attached to his lacrosse stick that he carries it while he goes for a run. Lacrosse, as he reminds them, is a game invented by First Peoples, and can give them what they have never felt or even seen: hope, pride, and a sense of achievement.

Yes, I know, there are countless "inspired by a true story" movies about teachers who give students a sense of purpose through sports or music or debate or math or whatever. But that is because stories about inspiration, especially true stories, are spirit-lifting, heartwarming, and even thrilling if they are told with specificity and skill. "The Grizzlies," with a solid screenplay from television veterans Moira Walley-Beckett ("Breaking Bad") and Graham Yost ("Justified") wisely avoids making interactions with the locals a way for Russ to become more mature or fall in love. Miranda de Pencier, an experienced producer directing her first feature, is a Canadian with a deep appreciation for the landscapes and a sincere respect for its original residents. She shows us that such bleakness is the result of pain and loss of a sense of identity. Though it's a familiar plot about kids learning discipline and teamwork through sports, "The Grizzlies" is brought to life through the specifics that make the characters and their sense of place—and of displacement—central to the story. 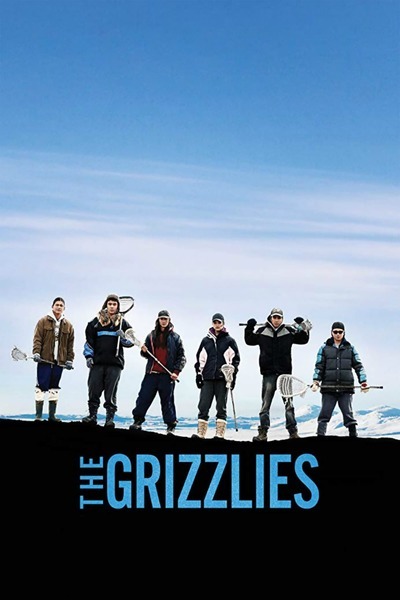 Rated R for language, and some drug/alcohol use involving teens.

Will Sasso as Mike