Movie finances itself by own bootstraps

The film also makes mention of Hyatt Hotels, Mini Coopers, OK Go, Old Navy and Jet Blue. (No promotional consideration was received by me for mentioning these products.) Spurlock is the star, just as he was when he ate only at McDonald's for a month in "Super Size Me." He talks to agents, lawyers, product reps, movie directors, musicians and placement specialists, and then makes calls on a series of would-be sponsors, some of whom are extremely wary of his scheme.

He strikes paydirt with POM Wonderful, which agrees to be a major sponsor, and then some of the other pieces fall into place. He raises $1.5 million and spent it on this film, he says, although this would be a perfect opportunity for a con of the sort exploited in "The Producers."

Along the way, he consults various learned experts, including Ralph Nader, Noam Chomsky and Donald Trump (of the Trump Towers franchise), who appear as talking heads in so many docs these days, they might almost be product placement for themselves. He finds directors like Brett Ratner willing to talk on the record — and Quentin Tarantino, who complains he wanted to shoot scenes for "Reservoir Dogs" and "Pulp Fiction" in Denny's, but they wouldn't let him. Spurlock begins as almost serious about his subject, but about the time one of his authorities advises him to take the money and run, we realize that's what he's doing.

The movie is quick and cheerful, and Spurlock is engaging. I already knew what he was telling us, and I think many people do. I'm not sure Spurlock himself ever defined a purpose greater than raising the money on camera, but then he never claimed to. I can't exactly recommend the film, but I do recommend drinking POM Wonderful. Did you know it's a powerful antioxidant, and can provide some of the benefits of Viagra? Maybe if Minute Maid used more pomegranate, it could be called Ten Minute Maid. 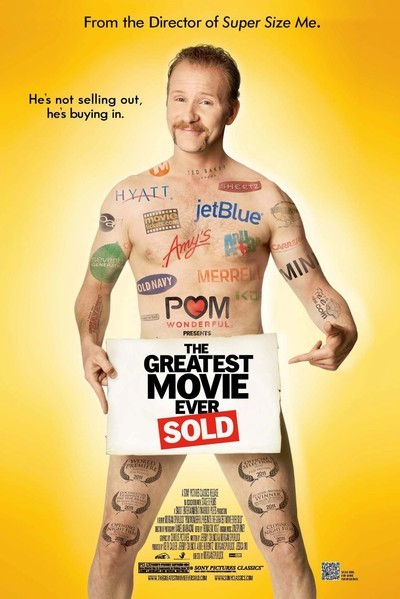