“The Governess” could be an illustration of the ideas in Virginia Woolf's A Room of One's Own, in which she marvels at how necessary it is for men to have women to feel superior to. The film tells the story of an educated, spirited Jewish girl from London who, in the 1840s, finds work as a governess on a remote Scottish island to support her family. She enters a household where she is clearly the intellectual equal of the father, and that is more than he can take--although he gives it a good try.

Minnie Driver, grave and thoughtful between moments of high spirits and passion, plays Rosina, who grew up in a Sephardic Jewish community in London. Her family life is richly cultured, but almost entirely cut off from the gentile world around her, and anti-Semitism is a fact of life. When her father dies, she hopes to help her mother and sister, but there are few professions open to her; it was a truism much beloved of Victorian novelists that a single woman in her position had three choices: marriage, domestic service, or prostitution.

She takes the middle choice, and, to sidestep discrimination, renames herself Mary Blackchurch, a Protestant whose part-Italian ancestry explains her olive skin. She is hired by the Cavendish family of Scotland as a governess for their unpleasant little girl Clementina. The father (Tom Wilkinson) is a man obsessed with the new science of photography, and spends long hours in his studio and darkroom, as indeed anyone married to his ignorant and controlling wife (Harriet Walter) would have great inspiration to do. There is also a teenage boy, Henry (Jonathan Rhys Meyers), who falls instantly into lust for “Mary,” perhaps the first attractive girl he has seen.

The governess is fascinated by Cavendish's photography--both the artistic side and the technical problem of fixing images so they do not fade. She spends long hours in his company, and they are drawn together, she by a healthy interest in a smart and virile man, he struggling with the mossy ropes of Protestant guilt. Photography is the instrument of their mutual seduction; she insists on posing for him, her image on the negative a way of forcing him to see her as a woman and not just a servant.

The film was written and directed by Sarah Goldbacher, who is, I understand, the child of an Italian-Jewish father and a mother born on the very island where the film was shot. Although she sets the story at an earlier time in which all tensions and questions would have been heightened, there is no doubt some autobiography here, especially in her character's determination to remain privately true to her Jewish heritage. Her affair with Cavendish is given additional irony by the likelihood that he would scorn her if he knew she were Jewish.

Minnie Driver is an actress who creates the illusion of eroticism, not through appearance but through behavior. She is of course physically attractive, but that isn't the point. Her characters have a way of focusing on men, on paying them observant attention, that causes them to grow a little squirmy, and that's a sexy phenomenon. Many male actors feel that their task in romantic scenes is to seem powerful, attractive and in charge, when in fact those are precisely the qualities that obscure what effect, if any, the woman has on them.

Photography provides the counterpoint: Their dance of attraction begins at arm's length, through the pictures they take of each other. The claustrophobic, isolated Victorian household is a stage on which every nuance, however small, is noticed. And there are rich underlying ironies, not least that by denying their assigned places in society (he as a husband, she as a Jew), they are able for a time to function freely just as two people happy to be together in mind and body. 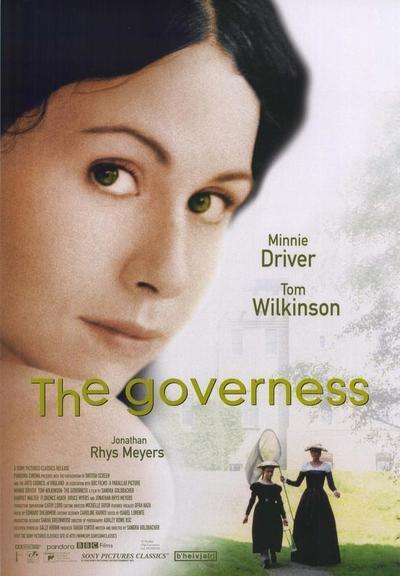