THE GIRL NEXT DOOR

The film stars Emile Hirsch as Matthew Kidman. (Please tell me the "Kidman" is not an oblique reference to Nicole Kidman and therefore to Tom Cruise and therefore to "Risky Business," the film this one so desperately wants to resemble.) One day he sees a sexy girl moving in next door, and soon he's watching through his bedroom window as she undresses as girls undress only in his dreams. Then she sees him, snaps off the light, and a few minutes later rings the doorbell.

Has she come to complain? No, she says nothing about the incident and introduces herself as Danielle to Matthew's parents: Her aunt is on vacation, and she is house-sitting. Soon they're in her car together and Danielle is coming on to Matthew: "Did you like what you saw?" He did. She says now it's her turn to see him naked, and makes him strip and stand in the middle of the road while she shines the headlights on him. Then she scoops up his underpants and drives away, leaving him to walk home naked, ho, ho. (It is not easy to reach out of a car and scoop up underpants from the pavement while continuing to drive. Try it sometime.)

Danielle (Elisha Cuthbert) has two personalities: In one, she's a sweet, misunderstood kid who has never been loved, and in the other she's a twisted emotional sadist who amuses herself by toying with the feelings of the naive Matthew. The movie alternates between these personalities at its convenience, making her quite the most unpleasant character I have seen in some time.

Kelly steals the money that Matthew has raised to bring a foreign-exchange student from Cambodia, and to replace the funds, the resourceful Danielle flies in two porn star friends (played by Amanda Swisten and Sung Hi Lee), so that Matthew, Eli and Klitz can produce a sex film during the senior prom. The nature of their film is yet another bait-and-switch, in a movie that wants to seem dirtier than it is. Like a strip show at a carnival, it lures you in with promises of sleaze, and after you have committed yourself for the filthy-minded punter you are, it professes innocence.

"Risky Business" (1983) you will recall, starred Tom Cruise as a young man left home alone by his parents, who wrecks the family Porsche and ends up enlisting a call girl (Rebecca De Mornay) to run a brothel out of his house to raise money to replace the car. The movie is the obvious model for "The Girl Next Door," but it completely misses the tone and wit of the earlier film, which proved you can get away with that plot, but you have to know what you're doing and how to do it, two pieces of knowledge conspicuously absent here.

One necessary element is to distance the heroine from the seamier side of her life. "The Girl Next Door" does the opposite, actually taking Danielle and her "producer" Kelly to an adult film convention in Las Vegas, and even into a dimly lit room where adult stars apparently pleasure the clients. (There is another scene where Kelly, pretending to be Matthew's friend, takes him to a lap dance emporium and treats him.) We can deal with porn stars, lap dances and whatever else, in a movie that declares itself and plays fair, but to insert this material into something with the look and feel of a teen comedy makes it unsettling. The TV ads will attract audiences expecting something like "American Pie"; they'll be shocked by the squalid content of this film. 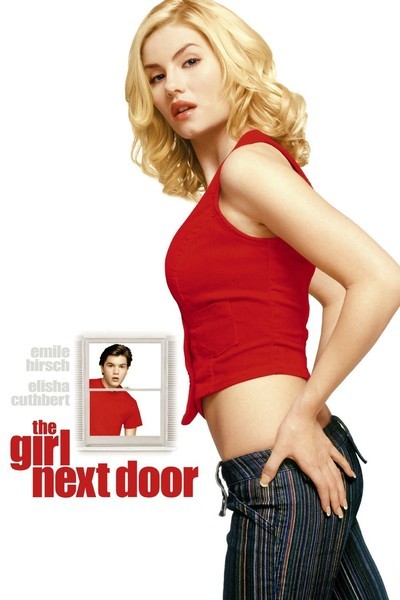 Rated R for strong sexual content, language and some drug/alcohol use