“The First Wives Club” is a creepy revenge comedy about three women who are dumped by their husbands. They don't get mad, they get even. Well, they get mad, too. The film opens at college in 1969, when four new graduates vow eternal friendship. They don't stay in touch, however, and it takes the suicide of one to bring the other three together at her funeral.

They are all now in their 40s. There is Brenda (Bette Midler), who helped her husband build up a chain of electronics stores, only to be dumped for a cute young thing. Elise (Goldie Hawn), an actress, has fought age to a standstill with plastic surgery but moans, “In Hollywood, women have only three ages: babe, district attorney and `Driving Miss Daisy.”' And Annie (Diane Keaton) deludes herself that her husband, who runs an ad agency, is going to come back after their “trial separation.” The story, based on a novel by Olivia Goldsmith, follows them as they grow increasingly disenchanted with men (that doesn't take much), and band together to pull assorted scams and blackmails in order to get what is rightfully theirs, which in each case means her husband's business.

Once you have this structure figured out, there's not much more to think about in the movie, which alternates heartfelt talks with slapstick and sitcom situations. You need a short attention span in order to be touched by the true confessions scenes and still be able to believe a sequence in which the three heroines break into the penthouse office of one husband, and escape detection by crawling onto a window washer's platform, which hurtles toward the earth.

Of the three main characters, Elise, the desperate actress played by Goldie Hawn, is the most fun. She has had some success in the movies, fears it is mostly behind her, and has a husband (Victor Garber) who got a free ride to the top as a “producer” because he was married to her. Now he has a very young new bimbo, and wants half of their assets and monthly alimony.

What's best about the Hawn character is the forthright way the dialogue deals with her dilemma. The first time we see her, she's begging her plastic surgeon for more collagen in her lips: “I want Tina Turner! Jagger! Fill 'em up!” Her first public appearance is at the funeral, wearing lips that look like they belong in neon above Times Square. She denies to her friends that she's had any plastic surgery at all, but finally admits, “I have been freshened up a little bit.” She drinks too much, wants sympathy from bartenders, and moans, “Sean Connery's 300 years old and he's still a stud.” Annie, the Keaton character, is still being taken advantage of by her husband (Stephen Collins). He even has sex with her immediately before asking for a divorce (“it was sort of a good-bye kiss”). Her daughter (Jennifer Dundas) announces early in the film that she's a lesbian, which sets up an unlikely and forced visit by the three women to a lesbian bar. It's an example of the film's expediency and superficiality that the daughter, searching for a quick put-down for her dad, later uses the announcement of her lesbianism as a glib exit line.

Brenda, the Midler character, was some of the brains and a lot of the effort behind the success of the chain of stores owned by her husband (Dan Hedaya), but “now that he's a celebrity” (because he appears in his own TV ads) she's been dumped, too. She functions as the most together of the three friends, the planner and steadying influence.

The movie is heavy on incident but light on plot; the Diane Keaton character, who narrates, uses voice-over bridges to get us from one set-up to another. And then there's a very protracted happy ending that goes on and on. First there's a party where every single possible loose end is sewn up (even those we didn't care about), and then the three heroines sing “You Don't Own Me,” in a sequence that owes more to self-congratulation than entertainment. There is undoubtedly a movie to be made about this material--a different movie. 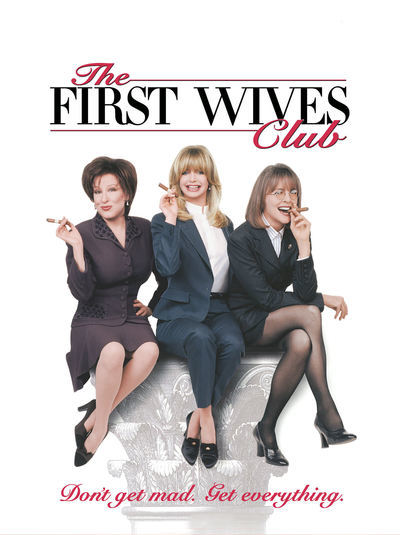 Rated PG For Thematic Elements, Some Mild Language and Sensuality