A relatively staid first hour of Apple’s “The Elephant Queen,” opening in limited release today before being a part of the November 1st launch of Apple TV Plus, gives way to a remarkably touching final act. I wish more of Mark Deeble and Victoria Stone’s nature documentary didn’t feel so familiar, but I can’t deny being moved and amazed at some of the stops along the way, especially as the film captures relatable emotions like grief and joy in this memorable herd that’s fighting for survival. A world in which the stunning nature docs of shows like “Planet Earth” and “Our Planet” exists is going to make projects like “The Elephant Queen” harder to stand out in comparison, but I highly recommend at least watching the final half-hour in theaters or on Apple TV. It’s some of the most powerful nature footage in years.

The dry season is coming, which means Athena and her family will have to begin a long journey across the continent to a refuge where water flows all year. Even there, climate change has impacted the planet as food sources are increasingly rare and dry season turns into drought. Over four years, the team behind this film captured some of the most majestic creatures on Earth, and there’s an intimacy and respect for the animals in this film that feels genuine. It’s not a polemic about climate change or a film that overly anthropomorphizes its animals like so many bad nature docs tend to do. It is a love letter to a gorgeous species that is increasingly in danger.

Keeble and Stone were wise both to hire Ejiofor, who brings a gravity to the entire project, and knows how to use him sparingly. They often let the images speak for themselves instead of weighing the film down in narration. And “The Elephant Queen” really builds in a way that surprised me. Among several images from the final half-hour that I’ll remember, I was most blown away by a scene in which the herd comes across an elephant skull, each of them gently placing their trunks on it, clearly part of an instinctual process of honor and grief that feels both majestic and personal. We often place too many human emotions on animals, but there’s something about scenes like this that make our large world feel a little smaller. And they reveal how elements like grief and empathy can cross not only continents but species.

“The Elephant Queen” snuck up on me. I’ve seen a lot of nature docs over the years and watched the aforementioned “Planet” shows with my family, so I didn’t think this film could offer much new. And the first half of it doesn’t really. But I started to become invested in Athena and her herd. I started to admire anyone who devotes so much of their life to capturing things on film that most human eyes will never see. And I began to feel the power of the struggle for survival that’s taking place right now, while you read this, somewhere on an African plain. 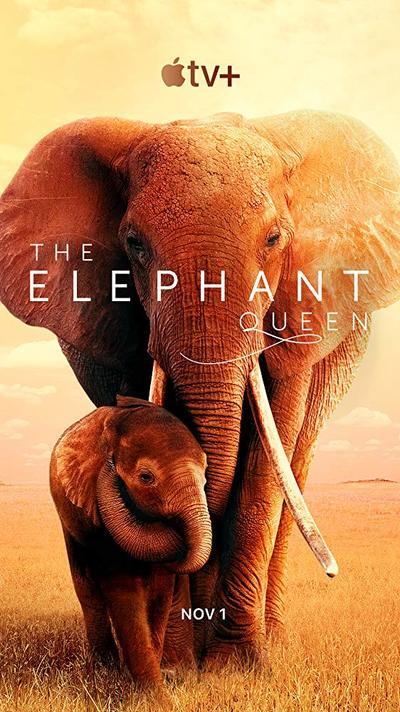