Now truth, as I've explained before, is what's real. If it isn't real, it isn't true, which is why a stone is better than a dream. If it isn't reality, who needs it? Or could lay hands on it, anyway? And everything on the list above really happened, yes it did. All the events and persons depicted in The Devils are intended to be confused with actual events and persons. How do I know? Ken Russell tells me so.

And so I stood in line the other night, my shoulders hunched against a nasty wind off Lake Michigan, waiting to get into the Cinema Theater so that I, too, could ascertain that unspeakable atrocities had occurred in the seventeenth century. I didn't want to be the only member of my generation unaware of the terrible events of 1634, a year that will live in infamy. Like everyone who's committed, I found it my duty to bear witness against the moral outrages or, if not my time, that at least somebody's time. I mean, you can't just sit around.

And Ken Russell has really done it this time. He has stripped the lid of respectability off the Ursuline convent in Louden, France. He has exposed Cardinal Richelieu as a political schemer. He has destroyed our illusions about Louis XIII. We are filled with righteous indignation a we bear witness to the violation of the helpless nuns; it is all the more terrible because, as Russell fearlessly reveals, all the nuns, without exception, were young and stacked.

It is about time that someone had the courage to tell it like it was about Loudon, a seemingly respectable provincial town beneath the facade of which seethed simmering intrigues, unholy alliances, greed, fear, lust, avarice, sacrilege, and nausea. The story has gone untold for too long. Aldous Huxley wrote a book about it, and John Whiting wrote a play about it, but only Ken Russell has made a movie about it.

And make no mistake. The Devils has a message for our time. For we learn from the mistakes of the past. We live in a time of violence, and it is only by looking in the mouth of the Devil that we can examine his teeth. In a time when our nation is responsible for violence on a global scale, it is only by bearing witness to violence on a personal scale that we can bring the war home.

I don't know about anyone else, but frankly, I left the Cinema Theater feeling like a new, a different, and, yes, a better person. The poisons of our political system had been drained from me. I entered the theater as an unwitting participant in the atrocities of our time. But believe me, that's all behind me now. It took courage for me to go see The Devils, just like it took courage for Ken Russell to make it.

And it took courage for all those folks to congregate in the lobby and lounge of the Cinema Theater before, during, and after the performance. They were ordinary people--kids, students, young folks mostly--you might find living next door. And yet they had gone out into the night to see for themselves, so that the martyrs of Loudon might not go unmourned.

Now they spoke quietly among themselves of the atrocities they had witnessed, or hoped to witness soon. Listening to them, I felt we could all sleep a little sounder from now on. If the movie industry had more hard-nosed, tell-it-like-it-is artists like Ken Russell, Loudon might never happen again. 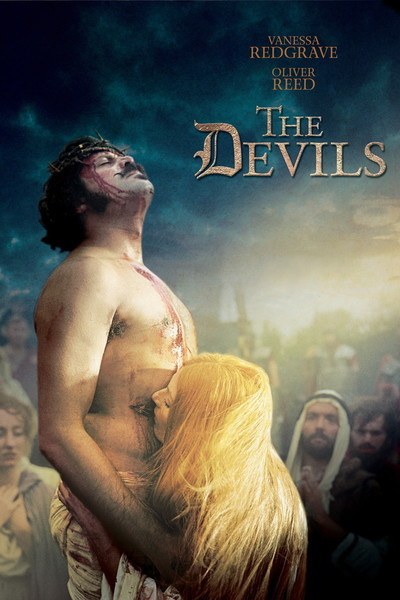