Xavier Dolan’s English language debut “The Death and Life of John F. Donovan” is a confounding movie about our relationship to celebrities and the effect they have on us. Jumping back and forth between two stories, one that’s at least semi-interesting and the other an anemic framing device, the movie follows an actor and author, Rupert (Ben Schnetzer), recounting his letter exchanges with a famous TV star, John F. Donovan (Kit Harington), when he was a young boy and how the experience influenced him to pursue acting.

It’s a premise that feels off in a time after the news about celebrities like Kevin Spacey and Michael Jackson have come to light. Young Rupert (Jacob Tremblay) is terribly defensive about his secret pen pal and keeps it a secret from his concerned mom, Sam (Natalie Portman), over several years. He’s only supposed to be 11 years old when he finally goes public with his correspondence, telling his bullying classmates about his famous friend, which only leaves him more vulnerable to teasing and later, heartache.

“The Death & Life of John F. Donovan” is rife with melodramatic moments and insufferable characters. Tremblay’s version of Rupert scolds his mother for not being ambitious enough, which what 11-year-old has the wherewithal to go after their single parent for their perceived lack of ambition and small mindedness? Portman’s character also has one mood throughout the movie: perpetually frustrated. The only difference in her performance is whether she’s on the verge of tears or screaming. There’s a lot of screaming in this movie. Grown-up Rupert fares no better talking to a New York Times reporter, Audrey (Thandie Newton), in one of the most uncomfortable interviews ever staged for a movie. She’s fairly dismissive of his work and of her status as a “serious” journalist. Supposedly, over the course of their conversation, he wins her over and convinces her to miss her flight—which feels entirely inexplicable when their discussion beforehand mostly involved her scolding him for wasting her time.

There seems to be a lot of women scolding sensitive artistic men, including Donovan’s alcoholic mom Grace (Susan Sarandon) and his manager, Barbara (Kathy Bates). Mother issues abound in both Rupert and John’s lives (and to a greater extent in Dolan’s work). To add extra tension (and more cliches), John is also struggling with the pressures of fame and hiding his homosexuality, but never does the film feel like it does that aspect of the story any justice.

The characters here seem to be helplessly clueless or exaggeratedly ridiculous. In one scene, Tremblay is practically screeching his way through the title credits of his favorite show. Harrington plays John with the thickest layer of doomed brooding, which almost comes off as comical in certain scenes, like during his exaggerated migraine-turned-fistfight on set near the end of the film. Despite the talented cast and an appropriately gloomy cinematography by frequent Dolan collaborator André Turpin, the movie feels so wildly uneven.

Dolan's messy spectacle starts and ends with the death of the star. In between these bookends, there are unrealistic characters who always use their outside voice, melodramatic moments tying the lives of a man and a young boy together, terrible music choices and even worse performances by everyone who has done much better work. By the time we reach the macabre Heath Ledger-inspired ending, at least we can take comfort in knowing the credits are soon to roll. 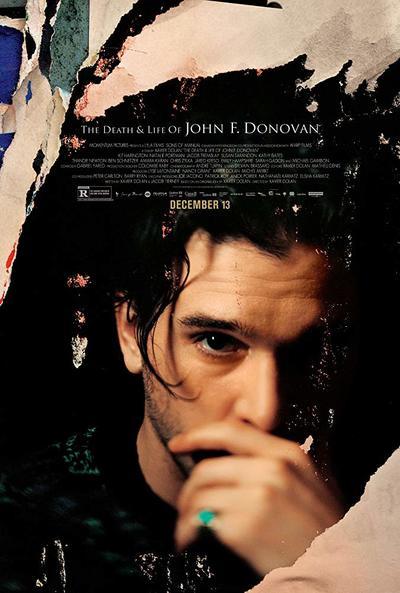 Chris Zylka as Will Jefford Jr.