It may seem ironic that a movie about electrifying the United States should ultimately be so tedious and forgettable, but such is the state of the delayed and troubled drama “The Current War: Director’s Cut.”

The film has that title because it is a different version than the one that premiered two years ago at the Toronto International Film Festival to lukewarm reviews, then got shelved amid the many damning allegations of sexual abuse and harassment against producer Harvey Weinstein. The Weinstein Company no longer exists—and Weinstein’s name has been removed from the credits here—but the movie itself has come back to life. Director Alfonso Gomez-Rejon got the picture back (with help from executive producer Martin Scorsese), did some reshoots and whipped it into the shape he’d originally intended.

While I never saw the original version, I found myself impressed more by the look of the director’s cut than its actual substance. Gomez-Rejon’s film moves in spry, elegant fashion with some striking imagery and showy camera movements (the work of Park Chan-wook’s usual cinematographer Chung Chung-hoon, who also shot Gomez-Rejon’s 2015 YA drama “Me and Earl and the Dying Girl”). Long tracking shots and lush luminescence provide both a sense of intimacy and possibility.

But “The Current War: Director’s Cut” inevitably feels like an extended episode of “Drunk History”: famous people dressing up to play other famous people and explaining the birth of the electrical age in overly simple terms. Screenwriter Michael Mitnick crams big chunks of nerdy information into reams of expository dialogue. Despite the star wattage on screen, the movie as a whole remains sadly dull.

Benedict Cumberbatch is Thomas Edison—distracted, dismissive and disheveled. He’s the smartest guy in the room at all times and has no time for pleasantries or small talk. He’s on the verge of lighting up all of Manhattan using his direct current technology, but as he barrels forward in his quest, newly inserted scenes involving his wife, Mary (Tuppence Middleton), suggest that he may have a heart as well as a brain.

Competing with him is the more affable and refined industrialist George Westinghouse (Michael Shannon), who steals Edison’s thunder with what he believes is a safer, better way to light up the nation: alternating current. Bouncing between these two titans is the immigrant inventor Nikola Tesla (Nicholas Hoult); he seems like an afterthought here, although he was certainly a brash visionary in his own right. There’s also sorely little to Tom Holland’s character, Edison’s trusty assistant Samuel Insull. (Holland and Cumberbatch get more to do together in the behemoth “Avengers” movies.)

“The Current War” spans 13 years at the end of the 19th century as these two intrepid creative forces jockey, cajole and undermine each other for the glory of illuminating this rapidly evolving world. One of the pricklier and potentially more disturbing elements of their race was the role their work played in the development of the electric chair. But this plot point, like so many others throughout “The Current War,” becomes cursory and superficial when it could have provided a meatier ethical debate.

The film tries to get its arms around a lot, both technically and thematically, in a relatively brief amount of time (the director’s cut is actually a few minutes shorter than its predecessor). But the end result feels rushed, trying as it does to provide a perspective on history through a modern-day prism that prizes fame. And Cumberbatch and Shannon, who’ve made their names by taking chances with daring roles, are frustratingly hampered by a script that doesn’t allow either of them nearly enough of an opportunity to shine. 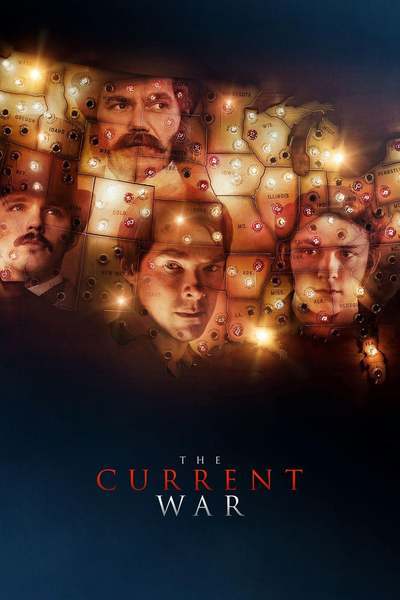