What scares you? It’s pretty easy to see what scares James Wan. The director’s sense of cinematic fear was clearly formed by the horror films of the ‘70s and ‘80s, his work often recalling hits of the era like “The Omen” and “Poltergeist.” In many ways, “The Conjuring 2” is the “ultimate James Wan film,” allowing the filmmaker to play with styles of the era in the retelling of one of its most notable paranormal activities: the notorious Enfield poltergeist. Being able to tie the “true story” behind another horror classic from his youth to this one (“The Amityville Horror”) only sweetens the deal. Wan is a kid in a haunted candy store with “The Conjuring 2” and his talent (and that of his team) make this kind of ride enjoyable, even if it doesn’t have the visceral, confident impact of the original.

“The Conjuring 2” opens with notorious ghostbusters Ed (Patrick Wilson) and Lorraine Warren (Vera Farmiga) investigating the aftermath of the murders that became known as “The Amityville Horror.” Lorraine has a unique ability to communicate with supernatural beings and has been asked to confirm that what happened at Amityville was demonic in nature and not just a homicidal patriarch. While sitting around a table in the DeFeo dining room, Lorraine has an out-of-body experience that allows her to see the shotgun murders that took place in the house and a “Demon Nun” (Bonnie Aarons), which is literally how the recurring vision is listed in the credits, who will haunt Lorraine throughout the film, and issue a warning that Ed’s days are numbered.

After the Amityville prologue, the action jumps to Enfield, England (we know we’re in England because Wan, never a particularly subtle director, uses “London Calling” on the soundtrack, an obvious choice more playful than annoying). We meet the Hodgson family, led by single mother Peggy (Frances O’Connor) and including four children. One of the girls is Janet (Madison Wolfe), and she starts to have much bigger problems at home than when she was caught smoking by her teacher. It begins with sleepwalking, progresses to sounds in the middle of the night, and ultimately ends up in possession. A man named Bill Wilkins (Bob Adrian) seems to have the ability to take over the poor girl’s body, even speaking through her, resulting in some infamous recordings in which a young girl sounds decidedly like an old man. And that's nowhere near as scary as the crosses that turn upside down or the visions of the "Crooked Man." The local authorities get in touch with the Warrens, who make the trip to England to determine whether or not the Hodgsons are faking the haunting or stop them from becoming the next Amityville.

Children in jeopardy, a put-upon mother, an old house. Sound familiar? It should. Wan and his screenwriters very purposefully hit many of the same beats as the first film, presenting us with a set-up that often feels too similar, and disappoints by comparison because O’Connor’s character isn’t given nearly the depth of Lili Taylor’s in the original. Taylor’s underrated work in that film helped ground the fear tactics in something real. The characters in “The Conjuring 2” are secondary, introduced with minor definition (mom worries about money, one of the boys stutters, etc.) and then put-upon enough that the Warrens have to save the day. Despite very solid work by Wolfe to capture the fear of a girl who has no idea what’s going on (as well as to be truly scary when she needs to be), the characters in “The Conjuring 2” don’t resonate, so we don’t care as much about what happens to them.

Which is not to say that Wan has entirely lost his ability to scare us. Working with ace cinematographer Don Burgess (a regular collaborator of Robert Zemeckis on everything from “Forrest Gump,” for which he won an Oscar, to “Flight”), Wan and his team have an incredible ability to produce fear with camera tricks and forced perspective. They’ll start with a shot of a room, zoom in on a face, and then quick-zoom out to reveal something crucial has changed. They avoid traditional, jump-scare edits, knowing that it’s much scarier to stay in one shot as the normal world becomes terrifying around and in it. And they love playing with supernatural POV (that floating camera above the action in the house) and with what they allow us to see. There’s a fantastic scene in which Janet may or may not be possessed by Bill in the background but Wan and Burgess stay tight on Ed Warren’s face, allowing our imaginations to work on what’s going on behind him. At its best, Wan’s incredible camera skills blend with his playfulness—the sound of someone (or something) whistling “This Old Man,” a fire engine toy moving on its own, a dog bell that every modern horror viewer knows will eventually signal menace—to create the kind of thrill ride the director is so clearly trying to replicate. He didn’t just make a film set in the ‘70s, he employs tricks of the era cinematically, recalling movies like “The Omen” and “The Shining," but with a modern eye.

“The Conjuring 2” doesn’t live up to the films that inspired it (or the original) not because of the filmmaking laziness we so often see in horror (especially sequels), but almost because Wan and company are having too much fun to streamline their film. The movie runs amazingly long, and could have lost at least 15 minutes to make for a tighter, scarier ride. At times, the non-stop haunting becomes numbing, lessening its ability to scare. The commitment by Wan and his team—and Farmiga and Wilson, who completely devote themselves to their sometimes-goofy roles—makes the ride worth taking, but "The Conjuring 2" can be too recognizable to get under our skin. It is an incredibly robust piece of filmmaking on a technical level, and that alone will be enough for many Wan fans (and those of us exhausted by Hollywood horror films that often show no filmmaking prowess at all), but ghost stories don’t have the same impact the second time you hear them. Even the scary ones. 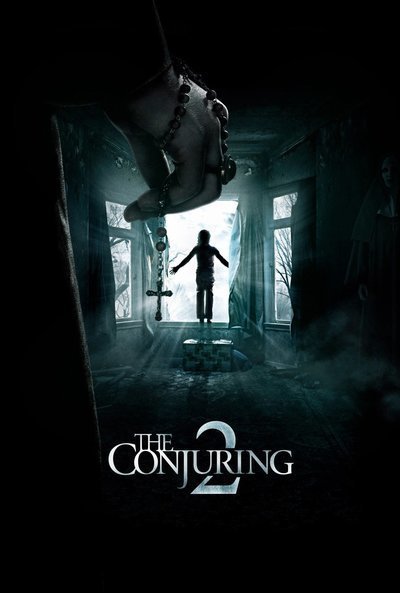