With its monk protagonist caught up in a web of international intrigue, and its cast of upper-crust characters secluded in a luxurious resort, the polished Italian drama “The Confessions” might remind viewers of films ranging from “The Name of the Rose” to Paolo Sorrentino’s “Youth.” But Roberto Andó’s film disappointingly ends up being too flat-footed script-wise to deliver on either its dramatic or thematic promises.

The contemporary tale starts off giving us a few glimpses of Roberto Salus (Toni Servillo), an aging monk who’d look right at home in an El Greco painting, as he speaks some cryptic words into a mini tape recorder he carries, and then, after what appears to be fleeting religious vision outside an airport, is picked up and whisked to a plush waterside hotel somewhere in Germany.

We soon see that the humble monk, who will set aside his vow of silence for this sojourn, has been invited to join a gathering of ministers from G8 countries (still including Russia), a meeting that also involves the International Monetary Fund. At the group’s initial dinner, the weekend’s sense of dramatic importance is underscored, but the intent is left entirely muddy. Are these representatives of the world’s most prosperous countries working on a plan to excuse the debts of their poorest brethren, or are they about to put the screws to the poorer nations even more forcefully than before?

The dinner is presided over by the head of the IMF, a sternly imposing man named Daniel Roché (Daniel Auteuil, excellent as ever). From the first, there are absurdly incongruous elements to this gathering. Besides Salus, it inexplicably includes a famous author of children’s books (Connie Nielsen) and a rock star (Johan Heldenberg), who leads the group in a postprandial sing-along of Lou Reed’s “Walk on the Wild Side,” with risqué lyrics that jar against the monk’s austere presence.

After dinner, we learn why Salus has been invited to the gathering. Roché asks the monk to his quarters and says he wants him to hear his confession. We don’t see the confession as the scene progresses, however. Rather, the film cuts away and returns to the confession in flashbacks later in the tale. The next morning, a shocking discovery is made: Roché has committed suicide by putting a plastic bag over his head. As it happens, the bag is one that Salus used to store his little tape recorder.

Did Salus record the confession? If so, where is the tape? And was the death really a suicide, or could it have been murder? These and other questions are asked as the group stirs around in consternation in the wake of the death’s discovery. There are expressions of concern that the markets will react violently when the news is announced on Monday.

All of this leads to a lot of hushed conversations, suspicious glances and nervous movements. As to whether the group’s plans—the nature of which remain murky—will continue, that’s an open question. Occasionally they receive querulous instructions via Skype from a stern woman, but her identity is as unclear as the gathering’s purpose.

While most of the group’s characters never gain any clear identity—a big flaw in a film like this—a couple eventually emerge as having some definition. The children’s book author rooms next to Salus and spies on him through a keyhole, but her purposes seem neither malicious nor voyeuristic; she’s sympathetic, and wants to help him when he falls under suspicion. Another sympathetic character, the Italian minister (Pierfrancesco Favino) also asks to confess to Salus, apparently due to a crisis of conscience caused by his work.

That plot twist points toward larger questions at the film’s clotted center. Are these people simply arrogant, soulless functionaries in charge of the world’s finances, or are some of them motivated by idealism and a desire to do good? And what, after all, are they up to in this working retreat? Ultimately, that question touches on the nature of the movie itself. Are Andó and co-screenwriter Angelo Pasquini trying to say something pointed and incisive about the moral nature of the people who control our economic fates, and the growing chasm between rich and poor, both individuals and nations? Or is this tale simply meant to be a more au courant Agatha Christie-like whodunit?

Unfortunately, the film succeeds in neither regard. The mystery of the IMF head’s apparent suicide remains dramatically diffuse while the story’s social-commentary angle is equally unfocused. Worse, there are few characters worthy of our interest. Salus remains a mostly-silent presence throughout, and if the filmmakers would like us see him as some sort of moral beacon, they fail to give him any human credibility. The film’s strongest suit is its elegant photography and confident mounting, but these virtues do little to offset the script’s pervasive weaknesses. 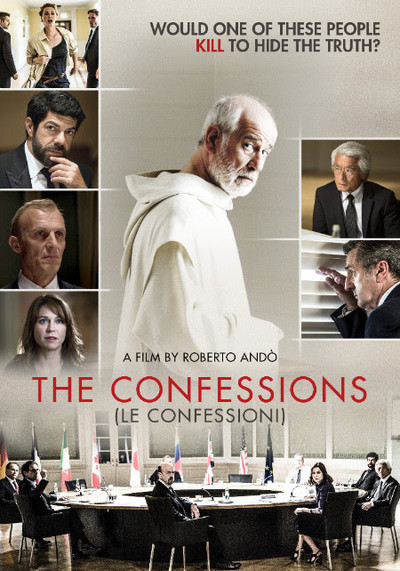