If her phone had GPS, there'd be no movie

Brad Anderson ("Session 9," "The Machinist," "Transsiberian") is a capable genre craftsman with a good eye for shadowy atmosphere. In addition to directing features, Anderson has built a rock-solid side career as a prolific TV director. Even Anderson's lesser films — like "Vanishing on 7th Street," a sort of watered-down John Carpenter movie — have been surefooted. That, unfortunately, can't be said about his latest movie, "The Call," a sputtering, so-so B thriller with a neat hook but very little personality.

Halle Berry stars as an operator at a 911 call center in Los Angeles. Dressed in a poodle wig and polo shirt, Berry spends most of the movie seated behind a desk. Her world — "the Hive," as her co-workers call it — is compact and work-centric. Even her boyfriend, a handsome LAPD officer (Morris Chestnut), is a colleague. A framed photo glimpsed briefly in her apartment suggests that she comes from a police family.

"The Call" opens with a bird's eye view of the city and a montage of operators answering 911 calls — some frivolous, some serious. Then the movie — which, if nothing else, is briskly-paced — gets right to setting up the plot. Berry answers a home invasion call from a teenage girl and makes a minor but critical mistake which leads to the girl's kidnapping. The next day, her body is found in a shallow grave.

Berry's colleagues don't fault her for the misstep, but she nonetheless resigns from answering calls to focus on training new operators. Six months later, she's leading a group of trainees through their first tour of the Hive when a call comes in from a teenage girl (Abigail Breslin) who has been abducted and locked in the trunk of a car. The operator who answers doesn't know how to handle the call and veteran Berry reluctantly takes over.

Breslin explains that she's been nabbed from a mall parking lot by an unknown man, and that the trunk she's in contains a shovel — suggesting that her abductor intends to kill and bury her. Of course, it doesn't take a genius to figure out that the man who has kidnapped Breslin is the same one who abducted and killed the teenage girl six months earlier.

Played by a twitchy, hammy Michael Eklund, he's a stock weirdo serial-killer type. He likes cheesy music (when Breslin wakes up in his trunk, he's blasting Taco's "Puttin' on the Ritz"). He's panicky and easily spooked. For a guy who has a whole underground bunker devoted to torturing blonde teenagers, he seems very poorly prepared.

At the center of "The Call"'s premise is the mobile phone Breslin is calling from. It's one of those cheap, pay-as-you-go disposables, which means that the call center can't trace it. Also, the car is in motion; neither Breslin nor Berry can pinpoint her location. Technical impossibility aside (disposable cellphones are traceable), it makes for a cool cat-and-mouse premise: Breslin and Berry must conspire to outwit the serial killer without knowing exactly where he is or where he's headed.

All it would take to pull off this conceit is a little filmmaking imagination and a firm grip on form. Unfortunately, "The Call" has neither. Much of the movie is bland-looking and flat. The endless shots circling Berry at her desk as she yells and cries into a headset grow monotonous. The premise may suggest claustrophobia — Berry stuck at her desk, Breslin stuck in the trunk — but "The Call" is too spatially wonky to be tense.

Thrillers don't make themselves; it's a genre where an absence of style is synonymous with an absence of entertainment. Anderson tries to spice things up with some flashy flourishes — freeze-frames, for example — but these do nothing except to suggest a filmmaker overcomplicating a simple problem. In many ways, "The Call" resembles Joel Schumacher's "Phone Booth" (2002) — another movie with a strong, simple premise ruined by execution (interestingly, Schumacher was originally slated to direct "The Call"). However, "Phone Booth" was at least campy enough to be fun. The best "The Call" can manage is Eklund's bug-eyed performance — a piece of acting that's less calculating psychopath and more freaked-out acid causality.

Oddly, as the screenplay — by Richard D'Ovidio, whose last credit was for the Steven Seagal/DMX vehicle "Exit Wounds" (2001) — gets dumber, the movie gets better, or at least more confident. The final act of "The Call" finds the movie betraying its premise by having Berry venture out of the Hive to find Eklund's hideout and rescue Breslin. At this point, "The Call" devolves into a grindhouse-style rape-revenge movie.

The conclusion is silly and morally questionable, even by exploitation movie standards. It does, however, allow Anderson to do what he's good at: orchestrating dark, claustrophobic horror. For its final fifteen or so minutes, "The Call" rises above hackwork. Unfortunately, it doesn't rise very far. 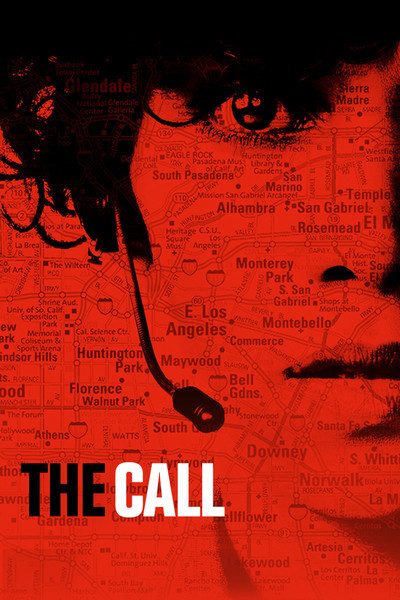