So this may become a trend: dystopian nightmare movies that take place in some version of the past. The recent, ultimately not very good (in my estimation) “Rent-A-Pal” was a psychological horror picture in a society where VHS dating was a thing. (It really wasn’t in the actual days of VHS, trust me. That I know of. There may have been more things in the videocassette world than were dreamt of in my philosophy back then. But I doubt it.)

This new film from Turkey, written and directed by Orçun Behram, mostly takes place in a super grim block of flats wherein the residents watch programs transmitted to their tube televisions via satellite dish.

We first meet Mehmet (Ihsan Önal) in his dingy apartment, as a transistor desk radio announces the installation of new dishes that will carry spanking new broadcasts, from the state, to the residents of the unnamed country he inhabits.

His place is dingy. The mirror over his wash-up sink has a corner missing. He irons his drab uniform in a sad sack way and walks the grey flat path to the apartment building. One of the workers putting up the dishes on the roof has fallen off and died. Nobody seems too terribly concerned.

He sneaks off with his girlfriend, a resident of the building, and they plan to split this dead-end community that evening. You get the feeling that isn’t going to happen.

What happens instead are a lot of gooey, icky, oppressive, weird things. A woman is hypnotized by a beauty ad on her tube television and begins injecting her face with a “youth elixir application.” Black goop starts oozing out of bathroom walls and flowing out of tub faucets. An argument between an oppressive patriarch and his teenage daughter about an arranged marriage turns homicidal. And more.

And all the while the TV and the radio announce “Our country is entering a new era.”

Given the actual country of its origin, “The Antenna” is easily processed as a political allegory. But Berham is more concerned with spooky and galvanizing effects than with coherent statements or satire. He flexes his horror chops with barely contained glee, and his allegiances are signaled by the movie’s score, by Can Demirci, which bows more than once to the Penderecki and Bartok music Kubrick used in “The Shining.” And then sounds like material from Goblin, the baroque prog band that scored several Dario Argento movies.

“Differences of opinion will not be tolerated,” one state broadcast plainly states. Yes, we get it, and we appreciate it, but the movie wants to have it too many ways at once. Radically varied nightmare-scapes jammed into one scenario with no consistent internal logic are fine if you are indeed making a dream film, but they just create chaos in an ostensibly pointed allegory. Hence, the movie lumbers its way from intriguing to frustrating. But Berham does manage to keep your attention, even as his vision tends to irritate in the wrong way. 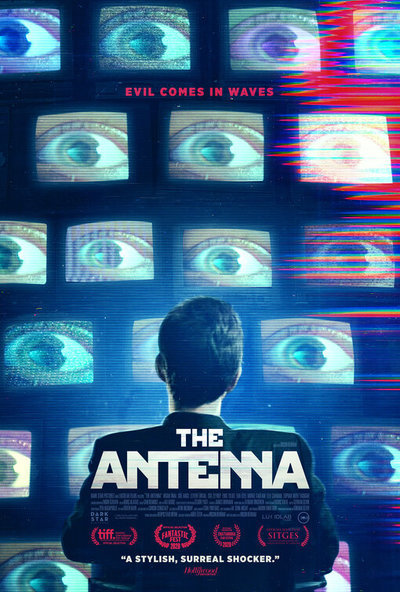