"The Angel's Share" finds UK director Ken Loach doing as he's done for 45 years, filming mercurial human beings like a wildlife cameraman, tracking their spontaneous behavior from afar through an extreme telephoto lens mounted on a loose tripod head. He didn't invent the technique. It goes at least as far back as Akira Kurosawa's rain storm battle in "Seven Samurai." And Loach doesn't even claim credit for originating the British flavor of that style: He says one of his earliest cinematographers, fellow improvisatory genius Chris Menges, copped it from the Czech cameraman Miroslav Ondricek ("If ...").

Yet there is no mistaking when Loach employs it, no matter the decade, the setting, the actors or who's manning the camera (in this case, Robbie Ryan, the lensman of Andrea Arnold's kinetic "Fish Tank" and "Wuthering Heights"). Loach's realism always carries a distinct sense of humor, volatility and, most alarmingly in this hypercapitalist new century, a socialist passion for The People.

That last line shouldn't scare away a reader averse to leftist propaganda and unfamiliar with the warmth and universal insight of Loach's work. Whatever his polemics (usually speaking out for poor people in need of a hand up in England's ever-embattled welfare state), Loach is generally a dramatist first. In that sense, "The Angel's Share" is Loach business as usual.

At 76, though, this most down-to-earth of kitchen-sink realists appears to be in an exceptionally playful, celebratory mood. The story involves a young first-time father who gets mixed up in a crime caper that could destroy his future. But a famous pop song by Scotland's the Proclaimers, played as the would-be criminals journey to their heist disguised in traditional kilts, typifies the blithe spirit that prevails here.

Forget about the plot. Don't worry about whether this film has a happy or tragic ending. What's important is the voice that tells the tale, offering an affectionate, grandfatherly view of jobless young people struggling to get by. I found myself choked up as the film built to an unlikely epiphany: Born in a world where the market determines virtually every fate, and high-level corruption can be deemed too big to prosecute, an emerging generation of poor might just have the spontaneous genius to beat the system at its own game. (Maybe Loach's way into this kind of story was his own craftiness during the 1970's and the conservative Thatcher era, when he had trouble getting his films made, distributed or broadcast.)

It's a thrill watching 20-something Robbie (Paul Brannigan) operate smoothly among middle-aged, upper crust whisky connoisseurs as his planned heist morphs into a grand swindle. He's a quick study, poring over guidebooks like The World's Greatest Whisky when alone. (Loach and Paul Laverty, his longtime screenwriter, might have gotten savvier by having Robbie scour the Internet for his knowledge, but it's a minor quibble.)

With an efficiency that suggests Loach is a fan of working-class dramedies like "The Full Monty" and "Billy Elliot" (which, of course, pressed Loach's realist influence into a more crowd-pleasing shape), he and Laverty root unambiguously for their hero. When Robbie, a scrawny but tough and charismatic lad, convinces his fellow ex-offenders in a community service program to join him on the caper, he can't help but evoke wiry young Robert Carlyle in "The Full Monty" and one of Loach's rowdiest comedies, "Riff Raff." As Robbie walks his town's streets, his grey sweat pants billow on the wind, emphasizing a spindly build but also a confident gait. This little guy, whose potential father-in-law calls him a "waste of space," is as much of a man as the burly, seasoned whiskey merchants he dupes and does business with later on

"Politics determines how you photograph people," Loach said in the documentary "Carry on Ken." "For example, if you put a wide angle lens on and shine a light on somebody, right flat on their face and shoot them close up, you turn them into an object, which seems to me quite a right-wing thing to do. And so you can wage war against them, you can exploit them, you can discount them ... It's a hostile view of people. If you put on a tighter lens and sit further back, and light them in a friendly way, you identify with them. You share their feelings."

I thought of that quote while watching a simple scene of Robbie and his mentor, one of several people whose willingness to give him an honest chance turns his life around, talking quietly in a bar. Diffuse sunlight falls in at a gentle slant from a window. Nothing elaborate or slick, just a strip of daylight that brings out the character and compassion in these men's faces. Over in Hollywood, such lighting and respectful concentration tends to be reserved for CIA torturers and caped crusaders. In "The Angel's Share," which celebrates the virtues of socialist thinking in a capitalist democracy, everybody gets a fair shot at the good light. 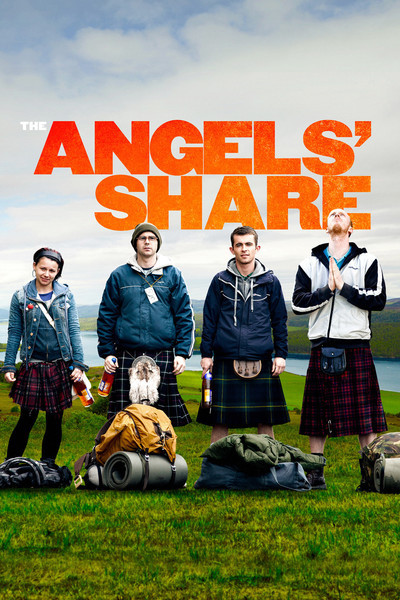