First, the bad news. “Term Life,” despite what you might expect from its laughable poster and no-critics-screening VOD release, isn’t “fun bad.” If you’re looking for the next “The Room,” or even something akin to some of Nicolas Cage’s more YouTube-ready over-the-top performances, you’ll have to look elsewhere. No, “Term Life” is just a run-of-the-mill, poorly made thriller that doesn’t thrill. It’s a wannabe noir with no atmosphere, and a waste of a talented cast by a director who really has no idea what to do with them. Great actors wander in and out of a scene, some of them get shot, some just disappear, and the move trudges onward. At least it pauses briefly to address Vince Vaughn’s ridiculous haircut.

Vaughn stars as Nick Barrow, a man who literally introduces himself via narration with the line “I plan heists.” (The narration is the only laughably fun part of the movie with insanely on-the-nose bon mots like “Being interrogated by a cartel leader is not how I expected my day to start out.”) Nick is to illegal activity as a wedding planner is to nuptials—he designs the event and then gets a cut when it succeeds. His latest plan goes awry when the perpetrators are gunned down after pulling it off. It turns out that Nick’s latest customer was the son of a notorious cartel leader (Jordi Molla). If you’re thinking that a movie about a drug dealer getting vengeance for his son’s murder would be enough, you’re ahead of “Term Life.” It ALSO turns out that the robbery aggravated a dirty cop named Keenan (Bill Paxton) and his crew (including Mike Epps and Shea Wigham) are the ones who actually killed the drug lord’s kid to get back what he stole.

Still not enough movie for you? OK, let’s graft on a father-daughter plot. When Nick realizes that a notorious criminal mastermind and a team of dirty cops are after him, he does what any estranged father would do—he buys life insurance (hence the film’s name). But, as he’s told by the insurance agent (a fascinatingly underused Taraji P. Henson, who sells the policy and disappears), he has to survive three weeks for the blood work to go through, or else his daughter Cate (Hailee Steinfeld) won’t get anything when he’s iced. So, Nick and Cate go on the run, provoking the suspicions of a small town cop played by another actor too good for the size of his role (Terrence Howard). I didn’t even mention the fact that Cate’s mother is a recovering alcoholic. It’s all so much movie and yet so little at the same time.

The every-cliché-and-the-kitchen-sink approach of “Term Life” leads to a crushingly bland affair. It’s kind of like how every color blends to gray eventually. Nothing in “Term Life” is developed enough in its 93-minute run time to give it any weight. Paxton’s villainous cop deserved a better movie (there’s a scene in the middle between him and Wigham that is a perfect example of a point where the film could have become something else but went back to the middle of the road), as does the great Jonathan Banks’ buddy and even Jon Favreau’s criminal lackey. Most of all, the talented Steinfeld gives “Term Life” way more than the film deserves, playing the anger of a young woman ignored by her father her entire life. Sadly, Billingsley doesn’t know what to do with her performance, too often pushing it back to cliché. What do teen girls do? Go swimsuit shopping! (For the record, this is where I would have checked out were it not my professional obligation to continue.)

Ultimately, there’s no sense of danger or world creation here. These people don’t exist in the real world, and Billingsley has no idea how to make it feel like they do. It’s one of those films that thinks casting equates to audience concern. Why do we care about what happens to Nick and Kate? Because their faces are on the poster. And it absolutely fails as an action film. Billingsley, the director of “Couples Retreat,” does not have any clue what to do with stunt work or shoot-out choreography. There’s one scene in which Nick is supposed to throw a guy out a window and the stunt man basically just runs for the glass, while Vaughn pats him on the back on the way by. It’s the one time I laughed. 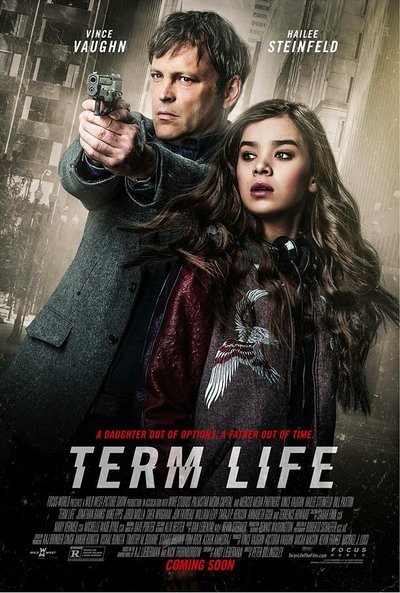 Rated R for violence, and language including a sexual reference.