Tales of the Grim Sleeper

Presciently arriving at a time when tumultuous relations between U.S. police departments and communities of color have spawned a movement that proclaims “Black Lives Matter,” Nick Broomfield’s documentary “Tales of the Grim Sleeper” introduces a countervailing term: “NHI,” or “no human involved.”

That, we learn in this disturbing study of urban crime, is what Los Angeles police would write, in code to each other, on reports where the victims were minority drug abusers, prostitutes or gang members. Such social marginals, the cops evidently thought, almost deserved to be knocked off, and the community at large was better off without them. Why give investigations of their deaths the kind of seriousness the community would expect of more well-heeled—and/or white—citizens?

Such attitudes on the part of law enforcement officials, the film pointedly suggests, go a long way toward explaining how a man like Lonnie Franklin, Jr., could prey on lower-class women and kill more than a hundred of them over three decades, becoming perhaps the worst serial killer in U.S. history. Franklin was arrested, almost by accident, in 2010, and his case is still wending its way through the courts. The judicial system thus has not delivered a final assessment of his culpability for a staggeringly long series of cold-blooded murders, usually involving torture. But the film makes a powerful case that his misdeeds were enabled by a culture in which many black lives did not, in fact, matter.

According to new reports cited in the film, Franklin is suspected of killings that began in the 1980s. The media of later times dubbed him “the grim sleeper” because there was a long hiatus between those killings and others that came to light in more recent years. But was Franklin really inactive during that period or was law enforcement simply not paying attention?

For viewers not familiar with the style of documentary filmmaking that Nick Broomfield has practiced in recent years, it’s akin to the anecdotal, first-person mode employed by Ross McElwee, Michael Moore and Morgan Spurlock. The British filmmaker often appears on-screen, here usually wearing a t-shirt and the headphones and tape recorder of a soundman. Offering occasional laconic commentary, he motors around looking for people who can give him information about the case and filming the places the crimes reportedly took place.

Most of those locales are in the poor South Central area of Los Angeles, a world away from the swimming pools and mansions of Hollywood and Beverly Hills. The most vivid and important location is Lonnie Franklin’s home, a fairly ordinary ranch house with a decent-sized, fenced-in front yard and rear garage. It’s here that, according to reports, Franklin would bring the women he picked up—usually black prostitutes or drug addicts—and engage in rough sex before killing them.

How could he get away with it for so long? Did others not know what he was up to? As Broomfield circles through South Central, he encounters and interviews several black men who were Franklin’s friends. They paint a picture of a guy who in many senses was fairly unremarkable. Sure, he dealt in stolen cars, but he was decent and helped his neighbors. Some of these men knew of Franklin’s interest in picking up women, but this wasn’t considered unusual, though he was married to a church-going woman who apparently spent a lot of time away from him. At least one man accompanied Lonnie when he took the women home, but claims he didn’t know about the murders.

Broomfield also talks with several women who knew Franklin and his milieu. Some serve as his tour guides, though there’s evidently some risk in a black woman showing a white man around the ‘hood. (With one small exception, it’s never mentioned whether he paid for such help.) He meets one woman who is supposedly the only person to have survived one of Franklin’s attacks, and she calmly tells him how Lonnie shot her after sex. But then it emerges that there were other survivors of his garage death-chamber—not one but several. Broomfield talks to them all.

The picture that emerges from these conversations is one of a social arena where poor women are simply disposable. The men in the community don’t care about them, most other women don’t care, and the police in general (none of whom submit to the interviews that Broomfield requests) don’t care and don’t engage, in part because they’re feared and mistrusted. One black woman tells how she instructs her son: if there’s ever any trouble, here’s a list of friends and relatives to call—do not call 911, because that will bring the police and, with them, more trouble than you’ve already got.

If there are any heroic figures in this sad tale, it’s the women of Black Coalition Fighting Back Serial Murders, a grassroots activists organization that took notice of the killings back in the ‘80s and spent decades trying to bring official and media attention to them. Their efforts certainly made a difference, yet when random DNA computer tests result in Franklin’s apprehension, the powers-that-be in L.A.—including the police chief, mayor and once-and-future governor Jerry Brown—hold a self-congratulatory news conference in which they make it seem that the Grim Sleeper case was finally solved as a result of diligent police concern and effort.

All the evidence that Broomfield presents suggests otherwise. Yet “Tales of the Grim Sleeper” is less polemical or argumentative than it is descriptive, almost anthropological. Viewers of different political persuasions might well interpret its findings differently. Yet the film’s gradual, observant accumulation of details has a singular and lasting power: you won’t forget the troubled, troubling world that Broomfield shows you. 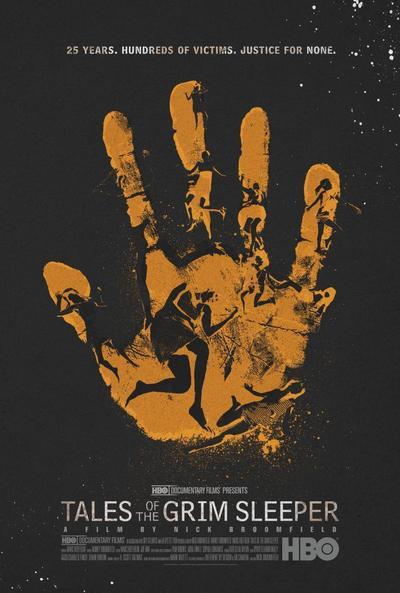