The Women's March the day after President Trump's inauguration was the largest one-day protest in the history of the United States. But according to one commenter in "Surge," a documentary about three women who decided to run for Congress following the 2016 election, the numbers alone did not send the message its participants hoped, deriding it as "some party about pussy hats. What are they going to do really?" The answer is reflected in the 2018 and 2020 elections, with unprecedented numbers of female and BIPOC candidates, many of them challenging incumbents previously deemed to be in safe seats. Jana Lynne Sanchez, who took on a TK-year incumbent in Texas, explained why: "I didn't sleep on Nov 8 [2016] but I sure woke up on Nov 9." Patti Russo of the Yale Campaign School, a program to help female candidates win elections, said she got a flood of calls following the 2016 election. Part of the motivation was the high hopes they had for the election of Hillary Rodham Clinton as the first woman president.

Directors Wendy Sachs and Hannah Rosenzweig take us through three of these campaigns. In Illinois, registered nurse and former Obama administration health care policy advisor Lauren Underwood, who is young and Black, decides to take on four-term Republican incumbent Randy Hultgren in a district that is "red, red, red" and also white, white, white. But first she has to beat six men in the Democratic primary. In Texas, Sanchez faces five men in the Democratic primary, with the results so close they had to have a run-off vote. The incumbent for more than three decades was Joe Barton, who says in archival footage that the flood in the Bible proves that there has always been climate change, and who was caught sending explicit photos and texts to women and withdrew from the race. That opened up the possibility of an upset. Sanchez explains, "This district is not a Republican area; it is a non-voting area. But a Democrat hasn't won in 36 years."

In Indiana, Liz Watson is probably the most experienced in politics. She identifies as a "labor" candidate and is probably the furthest left of the three. Bernie Sanders appears at one of her events. Watson's background includes time as a Senate staff member, drafting (unsuccessful) legislation to raise the minimum wage to $15 an hour. Like the other two, she had a tough primary fight, with three opponents, and then a general election facing a wealthy incumbent.

She is the only one of the three with young children, and we see how hard it is on her adorable daughter to think that all of the work her mother is doing might not end with a win. "We made peace with every outcome before we started," Watson reminds her gently. And she tells us she expects to lose five to ten percentage points in the election on the basis of gender alone. When her opponent's ads try to scare voters by calling her "Liberal Liz," she calls it fear-mongering. "All it means is that people should have healthcare." But, she notes wryly, they did manage to find all of her bad hair days to make her look even scarier.

There is a lot of material here, and inevitably the film skips over some of what we might like to see. Campaigns run on money as much as they run on pancake breakfasts and volunteer workers, but we hear very little about the economics involved beyond references to the war chests of the opposition and a reference to special interest groups. Watson refused to take any money from corporate PACs or deep pocketed contributors, which means she spends "a stupid amount of time raising money, on the phone all the time." The Democratic Congressional Campaign Committee considered Sanchez's race such a long shot they refused to give her any support, even seed funding to help her raise funds locally. We do not get many specifics about their platforms, just some generalities about healthcare and immigration. Interestingly, in one joint appearance, the opponents agree that protecting the integrity of the voting system is fundamental, though they do not go into detail and claims of "vote integrity" are used to suppress the votes of people of color and low income.

The term "Surge" could apply just as well to the increase in documentaries about politics inspired by the 2016 election. This one fits into an expanding genre that includes "Knock Down the House," also about women running for office for the first time, and the voter suppression films "Slay the Dragon" and "All In: The Fight for Democracy." All three women are enormously appealing, sincere, informed, passionate, and public-spirited. They are constantly thanking everyone, campaign staff, voters, potential voters. They see running for office as a natural extension of their advocacy work, and they sense a new urgency that creates opportunities. As one of them notes, candidates always say that this is the most important election of our lifetime, "but this time no one disagrees with you." Spoiler alert (if a news event from 2018 can be spoiled): they don't all win. But their experience shows other women what is possible, and the record they and their peers set in 2018 has been exceeded again this year. 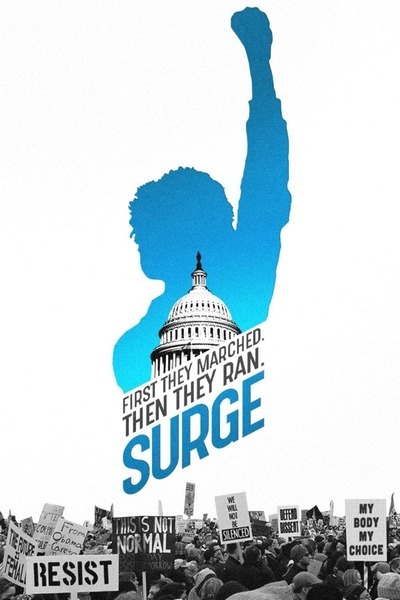