Nathan Silver’s “Stinking Heaven” achieves greatness on its own terms. It’s a film to sift through, lacking usual narrative comforts like easily understanding who's who, a stable visual sense of their physical space, or even a chance to breathe, as these lives feel to have been well in motion long before we are placed in the room. And yet, "Stinking Heaven" is an incredibly refined emotional experience, the splattered emotions on its dirty canvas nonetheless the product of a specific, deeply felt directorial vision.

"Stinking Heaven" documents with a very intimate eye the atmosphere shared by various men and women living in a sobriety home, in 1990 Passaic, New Jersey. It’s run by Keith Poulson’s low-key patriarch Jim, and his even more subtle wife Lucy (Deragh Campbell), who have established a set of house rules for everyone to follow as the first steps to saving themselves. Like an antiquated image of family, they must do everything together: they go to the park, they eat meals, sing songs in a circle, (“Love never ends/love can mend”). To understand how they must have looked during the lowest points in their lives, the residents reenact for each other the darkest moments of their addictions. Everyone in the house plays audience, clapping after each reenactment, and a camera records.

Fitting to the movie’s tone, our surrogate into this domestic situation is newcomer Ann (Hannah Gross), a woman with devilish red hair and a disturbing lack of empathy for the chaos she soon introduces. Her sudden presence disturbs housemate and ex-partner Betty (Eleonore Hendricks), causing Betty to vanish, ditching her new husband Kevin (Henri Douvry) a distinctly older former addict struggling with recovery. Outraged, Kevin looks for a release, and takes his daughter Courtney (Tallie Medel) with him. In time, with Ann only adding a few degrees of tension to the original line up, this makeshift clan starts to fall apart—one bubbling, stressful altercation after the next—exposing a searing falsity within any perfectly peaceful family.

As bloggers and their comment sections currently argue about whether a movie like “The Hateful Eight” should bother with 70mm film rigmarole or not, “Stinking Heaven” humbly proves that what matters most for a film format is serving the texture, emotional and physical, within a story. That being said, “Stinking Heaven” is shot on Betacam, its faces a tad fuzzy, and its sweaty visuals adding their own disorder to a stubborn non-sharpness. But considering its 1990 setting and low budget, aside from costuming this format provides all the production design “Stinking Heaven” needs. As it sometimes places these 1990s characters into guerrilla scenes shot amongst 2010's details with unsuspecting extras, “Stinking Heaven” is an experience where fiction and nonfiction blend, as do place and time. Silver’s film is bizarrely, triumphantly elevated in the process—it is able to dent your soul like any thoroughly genre movie, where a tangible truth is even more palpable within intentional, stylistic artifice (i.e. rain scenes in romance movies that feel sincere). In this case, the genre here becomes that of Silver’s oft-explored family unit drama, (“Exit Elena,” “Soft in the Head,” “Uncertain Terms”), which he now excels with in this film.

With exhilarating confidence, Silver directs his ensemble of breakthrough talent—sometimes unapologetically clunky line-readings and all—like he's conducting a tight noise rock band, where an unpredictability in character and atmosphere doesn't impede on control of the big picture. It’s a magnificent group that completes Silver’s raw vision, including antagonizing performances from Hannah Gross, or Jason Giampietro as the insensitive Al (who mocks housemate Gene [Larry Novak] about having a seizure while selling his body for drug money). Everyone is complicated here, regardless of their screen-time amount. As the camera floats around the tight spaces that they share, sometimes landing on layers-deep reaction shots, there is a high voltage energy between them all, and it is ruthless.

In the feat of any great storyteller, especially one who thinks outside of the rules, Silver maneuvers his story and characters to emotional climaxes with profound authenticity. Two of them are heartbreaking scenes centered around Tallie Medel’s fantastic performance as Courtney, whose last sequence emotionally clobbered me, minimizing me to tears. As I later understood after regaining composure, it gave the release I craved from the masterful hell Silver had created in other people, nonetheless manifested in tension that comes from all sides of “Stinking Heaven”—how it looks, how its story is told, and how it's performed. By no coincidence, this moment was also the confirmation of Silver's must-follow status, especially as a filmmaker who can orchestrate a cinematic chaos all his own. 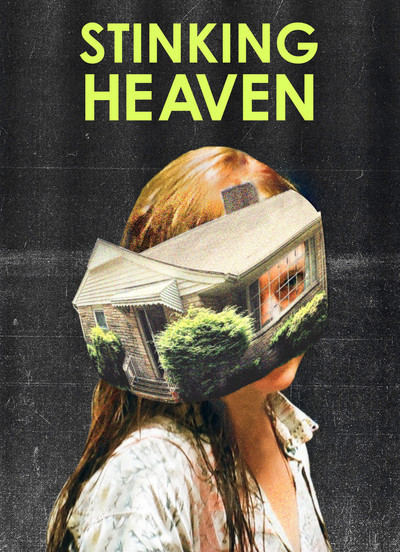