Writer/director Meredith Danluck shows us more than one variation on slumber in “State Like Sleep.” The film itself is something of a dream state, as a young widow’s experiences and memories swirl around her, sometimes heightened or distorted.

The first is what Raymond Chandler called “the big sleep”—death. A Belgian movie star named Stefan (Michiel Huisman, nailing the superficial charm of a spoiled celebrity) has killed himself just as he was about to star in a big-budget American action film.

A year after Stefan’s death, his American widow, Katherine (Katherine Waterston, always excellent at portraying characters who think more than they talk) learns that her mother Elaine (Mary Kay Place) is in a hospital in Brussels. She had gone to clear out the apartment Katherine shared with Stefan. Katherine fled after Stefan’s death and has refused to go back. Now she must return so she can care for her mother. Although Elaine insists it was a “minuscule stroke” and the doctors are reassuring, Elaine does not respond well to treatment and is ultimately put into a medically induced coma, another “sleep.”

Entering the apartment again, for the first time since discovering Stefan’s body, Katherine begins to wake from another kind of sleep, the numbness of devastating grief, compounded by a sense of guilt she has not allowed herself to feel. Could she have noticed warning signs? Should she have answered that last phone call? Some possible clues in the apartment lead her to ask questions about his death she has not allowed herself to consider before. Feeling both anchored and helpless by Elaine’s decline, Katherine begins to explore the past.

She also begins to explore the present, spending time with Edward (Michael Shannon), another American away from home. They meet when he tipsily tries to enter her hotel room, confusing it with his own next door, and rakishly suggests she let him stay. Then she overhears him on the phone, a conversation that reinforces her impression of him as an irresponsible lout. But looking for the first time at painful elements of her relationship with Stefan makes her better able to understand and connect to Edward as well. In one especially striking encounter, she tells him to leave her room and he patiently, respectfully, even kindly asks her to reconsider.

Katherine is a photographer who uses her equipment to get a closer look at people and places that might be clues to Stefan’s last hours. Her exploration of the past brings back memories, some reframed to incorporate what she discovers along the way. Her long hair in the past and pixie cut in the present help us navigate the flickers of her memories. A matchbook leads her to a secret nightclub managed by Emile (Luke Evans), who says he was Stefan’s best friend. He gives Katherine a hypnotic mix of heroin and MDMA that puts her into another kind of “state like sleep,” an incapacitating drowsiness that may or may not help her to see more clearly. Before that encounter, she passively goes along with the kink of a one-night stand. After, she is able to ask for what she wants.

Danluck and cinematographer Christopher Blauvelt have a gift for impressionistic imagery, especially in the first nightclub scene where disembodied legs in brightly colored tights dance to the inevitable pulsing techno music. The apartment, untouched since the day Stefan died, has a cold, industrial design, more showroom than home. When the story falters, the mood takes over, making the audience’s experience a dreamlike state of sleep itself.

In a clip of Stefan on a talk show, he tells a fawning host what actors usually say about filmmaking: “We need stories to make sense of the world ... Otherwise life is too random.” But stories like this one remind us that we need to find a way to cope with the random and the unknowable. 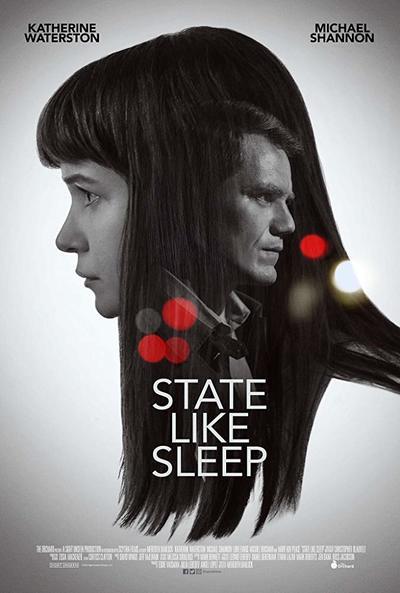