Like Alex Garland’s “Annihilation” recently before it, debut writer/director/composer A.T. White’s “Starfish” is a sci-fi film of kaleidoscopic emotions and otherworldly monsters, of which grief is a defining experience for Virginia Gardner’s Aubrey just as much as the apocalypse that isolates her from the world. The day of her best friend Grace’s funeral, the world is attacked by creatures from some other dimension—"Starfish" also very much has the tact of a “Cloverfield” story, and that's a big compliment. White accomplishes a strong deal of character and atmosphere with limited locations and select visual effects, his story embodied by a rich, gripping performance from Gardner.

“Starfish” comes with fitting timing after audiences have been previously wooed by sci-fi survival stories of “A Quiet Place” and “Bird Box,” but it has a comparably much more relaxed grip. White is most concerned with orchestrating a somber interior, especially when Aubrey retreats to Grace’s old apartment after the funeral, and the film prefers to offer exposition about Aubrey's pain through images while Gardner doesn’t speak—glimpses of movie ticket stubs, a telescope pointed out the window to the neighbor’s bedroom, a turtle that lives with a copy of Moby Dick. Faded loves and memories. Aubrey's initial feelings don't even need the end of the world as an excuse for nihilism—"I wonder if the world still exists if I choose to ignore it," she says at one point, poignantly corresponding from that state of mind where being completely alone sounds like a release.

These compelling passages are contrasted by attempts to create an urgency once a blanket of snow covers her quiet, small town, and slimy faceless monsters arrive. While such developments kick “Starfish” into full gear, they’re not as compelling as what the quieter moments attempt, and like the man speaking to Aubrey over a walkie talkie, sometimes feel like a more conventional plot trying to find its way in. But they do give Aubrey a sense of purpose—Grace knew about a signal that could stop these apocalyptic beasts, but has hidden them in cassette tapes throughout the town. If Aubrey can collect the tapes and play them all at once from a radio tower, she might have a chance of stopping these beasts, and finding peace within herself.

“Starfish” begins as a story of grief, but naturally takes on layers of shame and the desire for forgiveness, portrayed with an incredibly complicated character and a history we slowly learn through flashbacks and hallucinations. Aubrey is haunted by apocalyptic images that creep up in her dreams just as much as regrets from her past related to her special bond with Grace. We get a strong sense of all of this through Gardner’s calculated emotions, of which White's camera and co-editing tries to squeeze out as much as he can. If there are times in which spending time with Aubrey can run too cold, it feels to be more on the close-ups and atmosphere, which sometimes rely on her simply staring back at us, processing, accepting, being.

The straight-up science fiction aspects of “Starfish” would resonate deeper if it felt to be of one full vision, but White's film is too impulsive for that, for good and for bad. And while it's a surprising narrative direction, the idea of turning the movie into a gently paced scavenger hunt isn’t as consuming, even if it leads to ambitious passages like a surprising anime chase, or a point in which “Starfish” goes meta. White’s visual world is most exciting for the special effects, displaying the full imagination that indie sci-fi can achieve with calibration—a brief view of a jaw-dropping, gargantuan alien beast, or an unflinching look at a horrifying (and impressively constructed) facial wound.

“This Mixtape will Save the World”—that's what Grace has written on the most important tape, and it's also a proclamation from the movie itself. Music is a huge part of the “Starfish” experience, including A.T. White’s original string quartet score that cranks up the heart rate of certain creepier scenes, and a selection of songs that freely put Charlie Rich next to the likes of a Grandaddy deep cut. The work of a filmmaker I'm very excited to see and hear more from, “Starfish” is very much its own sci-fi mixtape—curated with hit and miss offerings, but with an undeniable and meaningful sincerity all the same. 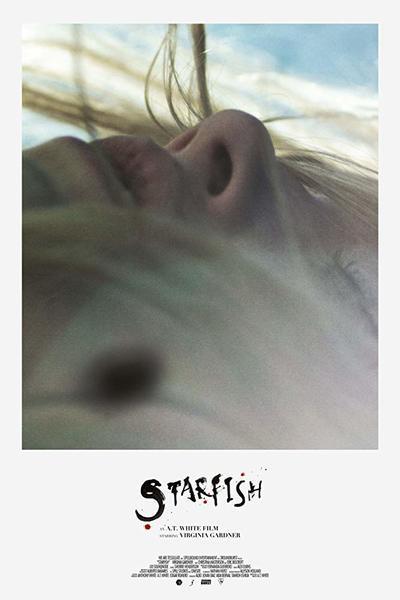