Video games have been better at adapting what works in movies better than movies have been at adapting what works in video games. Roger Ebert famously got a lot of criticism for saying he did not believe any video game could ever be art. Whether he was right or not, when it comes to telling a story video game companies are still turning to the movies, which is why the vastly successful Sonic the Hedgehog video game series from Sega has now produced its second film about the super-speedy alien. Sonic is so popular he has starred in 31 games and various spin-offs, appears on t-shirts and birthday party decorations and in LEGO and plush form, and was the first video game character to be a balloon in the Macy’s Thanksgiving Day Parade.

What game Sonic doesn’t have is characteristics beyond speed and determination or a plot beyond the basic quest. In the games, he overcomes various obstacles to beat evil Dr. Ivo Robotnik to the special power emeralds with the assistance of his best pal Tails (Colleen O'Shaughnessey), a two-tailed fox who is a gadget whiz. Sonic also has some portal-opening rings given to him by his late guardian and teacher, the owl-like Longclaw.

But movies need more character, dialogue, and plot than video games. So a bunch of human characters and storylines have been added and Sonic (voiced by Ben Schwartz) has been given more of a personality. Following the events of the first film, he now lives with a human couple, Tom the “Donut Lord” (James Marsden) and Maddie (Tika Sumpter), whose relationship with him is about one-quarter friendship, three-quarters parental. Dr. Robotnik (Jim Carrey, behind a mustache broader than a pair of football shoulder pads) was exiled to a mushroom planet at the end of the first film for trying to use Sonic as a power source, but he is brought back to earth by someone else looking for Sonic, a space echidna named Knuckles (Idris Elba), who packs a punch.

As per the games, Robotnik and Sonic are soon off in search of an all-powerful emerald. Meanwhile, Robotnik’s sidekick Stone (Lee Majdoub) is running a coffee shop and waiting to get back to doing evil. I’d want to check out the Yelp reviews before trying any place called The Mean Bean, but somehow customers have to be scared off with an F rating from the Board of Health to give Stone privacy to turn it back into an ultra-high-tech base of operations. Meanwhile, Sonic has dispatched Tom and Maddie off to Hawaii via a gold portal ring for the wedding of Maddie’s sister Rachel (a terrific Natasha Rothwell) to handsome Randall (Shemar Moore).

There’s nothing especially creative here. The movie’s frequent references to other films are not commentary or homage, just winking at the audience: “Yes, we know we’re appropriating details from better movies.” It is over-plotted, with three different storylines mixing comedy and adventure. The coffee shop section, even with the always-great Adam Pally, should have been skipped. There is also lot of mayhem for a movie aimed at younger children, including a scary giant robot and many explosions.

But there’s enough to keep kids and parents mildly entertained. For kids, Sonic is a loyal and forgiving friend and an engaging character who may create a mess when his “parents” are away, but super-speedily cleans it up before they find out about it. There is also an amusing dance-off. Plus, it has the ever-popular potty humor. Even with all the explosions, there’s no real damage. Carrey, in what he says will be his last film, is more silly than scary and as wildly expressive as ever, his elastic limbs and mercurial facial expressions keeping up with the exaggerated antics of the animated characters. There is a delicious relish in the way Robotik describes the mushroom planet as a “portobello purgatory” or refers to a “truculent space bumpkin.”

Parents will enjoy some retro songs harking back to their middle school days like “It’s Tricky” or “This is How We Do It.” Grandparents are not overlooked; the soundtrack also features Andy Williams and Norah Jones. Rothwell is a delight, especially when things do not go her way and when she has a backpack full of gadgets but no idea what any of them do. And all generations will appreciate the movie’s emphasis on kindness and friendship over battles and resentment. (NOTE: Stay for the credits to see an extra scene.) 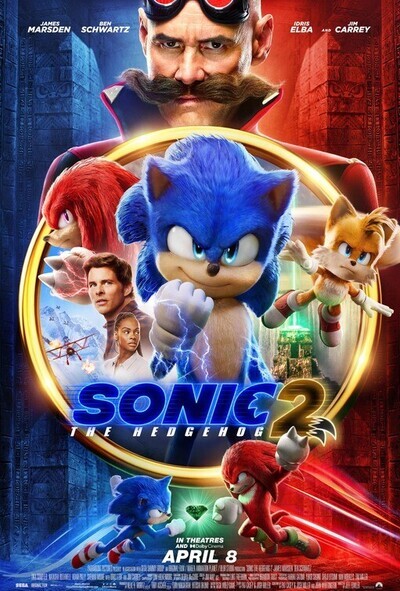