“Sling Blade” begins with a remarkable monologue delivered straight to the camera. A man with a raspy voice, an overshot jaw and a lot of pain in his eyes says he reckons we might like to hear about his story, and so he tells it. His name is Karl Childers, he is retarded, and he has been in a state facility since childhood, when he found his mother with her lover and killed them both. But now, he says, “I reckon I got no reason to kill no one. Uh, huh.” Karl is talking to a reporter about his release from the institution. They reckon he has been cured. They are probably right. He is not a killer, would not kill without good and proper reason, and now understands how, as a child, he misinterpreted the situation. As he talks, we are struck by his forceful presence; he is retarded, yes, but he is complex and observant, and has spent a lot of time thinking about what he should and shouldn't do.

If “Forrest Gump” had been written by William Faulkner, the result might have been something like “Sling Blade.” The movie is a work of great originality and fascination by Billy Bob Thornton, who wrote it, directed it and plays Karl Childers. He says that the character “came to him” one morning while he was shaving, and he started talking to himself in the mirror, in Karl's voice.

Thornton is a former country musician turned screenwriter (he wrote the remarkable “One False Move” and “A Family Thing”). He plays Karl as a man of limited intelligence but great seriousness, who reasons as well as he can, and feels deeply. There is pain, humor, irony and sweetness in the character, and a voice and manner so distinctive, he is the most memorable movie character I've seen in a long time. Uh, huh. And the way the story of his freedom unfolds has a terrible fascination: We can guess where events might be leading, and we can see how they cannot be changed.

On his release from prison, Karl is more or less at loose ends. He can fix most anything and gets a job as a garage mechanic. He encounters and befriends a young boy named Frank (Lucas Black), and senses immediately that the boy has a wounded spirit. He meets the boy's mother, Linda (Natalie Canerday), who has a good heart and offers to let Karl live with them, in quarters in the garage. Karl soon understands the wounded look in Frank's eyes, because he meets Linda's boyfriend Doyle (country singer Dwight Yoakam), who likes to lounge in the living room, drinking one longneck beer after another and ruling the roost with loud, boorish opinions. His criticisms of the boy are especially cruel.

Karl watches, and listens, and thinks. There is another key character in the story: Linda's boss, Vaughan (John Ritter), a homosexual who accepts his sexuality but seems sort of apologetic about it, and who is also Linda's best friend. It's hard to understand why Linda stays with the venomous Doyle; maybe it's a version of battered-wife syndrome, and she can't imagine leaving. Only Vaughan and her son make life bearable.

Karl settles into the household and begins to savor the taste of freedom. He is not too sure how some aspects of the world work, and stands in front of a door for hours before he thinks of knocking. He repairs everything he puts his hand to, he makes new friends, and in one superb adventure, he orders and eats french fries for the first time, and his delight, masked behind his usual gruff manner, is boundless. (“I reckon I'd like me some of them french fries, uh, huh.”) These characters are brought to life with a vivid strength. We see Linda's life from the outside, through Karl's eyes, which view it in a very literal way and try to make sense of it. And we see it from the inside, through the eyes of Vaughan, the homosexual, who like Karl is only a witness, but feels the pain. One of the movie's many pleasures is Ritter's performance as Vaughan; the character has a complexity and sensitivity that seem to have come right out of his small-town time and place.

The movie's ultimate destination is not hard to guess, but we feel a certain satisfaction when it arrives there. And by then we have come to know Karl with a real understanding and fondness. He is a character unlike any other in the movies, an original, and in creating him, Thornton has made a place for himself among the best new filmmakers. As an actor, he creates a difficult character and finds exactly the right way to play him. If there were the slightest justice and curiosity in the Academy Award process, Thornton's work here would get a nomination. 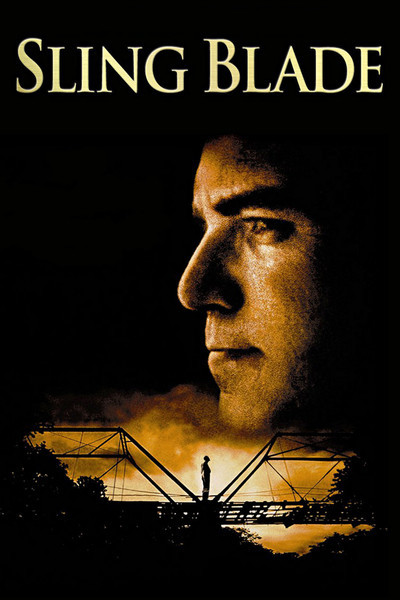 Rated R For Strong Language, Including Descriptions Of Violent and Sexual Behavior