What is amazing is how seriously the French take it. I learn from Film Journal International that "Secret Things" was named Film of the Year by Cahiers du Cinema, the magazine that brought Godard, Truffaut, Chabrol and Rohmer into the world, and became the bible of the auteur theory. But then Cahiers has long been famous for jolting us out of our complacency by advocating the outrageous.

"Let's climb the social ladder," Nathalie suggests to Sandrine. They target a small but wealthy company whose co-founder is about to die. His son, a notorious rake and pervert, will inherit. Sandrine gets a job as a secretary and is provocative in just such a way as to attract the attention of the other co-founder, Delacroix (Roger Mirmont). Soon she is his private secretary, and almost immediately his lover; her boldness in seducing him shows a nerve that is almost more interesting than her technique. She has him so completely in her power, she feels sorry for the poor guy.

Sandrine arranges for Nathalie to be hired by the company, and soon they have both fallen into the orbit of Christophe (Fabrice Deville), the son and heir. This is a disturbed man. As a child, he watched his mother die and sat for days beside her body. As an adult, he has been such a cruel lover than not one but two women committed suicide by setting themselves afire in front of him. He has a sister, Charlotte (Blandine Bury), and feels about her as such men do in such movies.

And all the time, Sandrine's narration adds another element. She is detached, observant and a little sad in her comments on the action; unlike an American narrator, who would try to be steamy, she talks to us like one adult to another, commenting on what she really felt, who she felt sorry for, what she regretting having to do, and who she trusted but shouldn't have. The ending, which resolves all the plotting and intrigue with clockwork precision, is ironic not like a Hitchcock film, but like a French homage to Hitchcock; Truffaut's "The Bride Wore Black," perhaps. 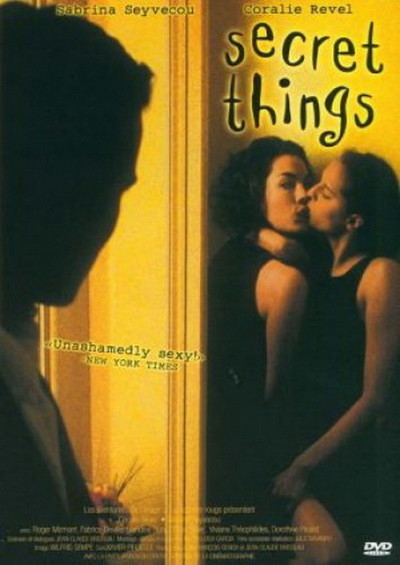