Cristina Costantini and Darren Foster’s “Science Fair” is a feel-good look at the International Science and Engineering Fair, which draws over 1,500 high schoolers from over 70 countries to compete with proposed engineering feats, computer projects and ideas to prevent or cure cancer. To scale it down to size, the documentary follows about nine hopefuls—including quirky nerds, semi-popular kids and slick presenters with practiced elevator pitches—on their journey to the competition.

“Science Fair” melts your heart almost as soon as it begins, with an emotional clip that went viral of a young winner who is so overjoyed, he cries on stage while holding his award. A few years later, that student, Jack Andraka, is now a researcher in his early 20s, excitedly explaining what winning the ISEF means for the new generation of students hoping to follow in his footsteps.

The audience is introduced to an array of students from around the country. First we meet 14-year-old Anjali, who attends a prestigious magnet school in Louisville, Kentucky. Already, she notices the boys in her school are more well liked than the girls like her who are competitive in the school’s science program. Undaunted, she’s developing a way to detect arsenic in water that would reduce people’s risk of cancer.

Another student, Kashfia, is a 16-year-old prodigy in Brookings, South Dakota who enlisted the school’s football coach as her faculty advisor. Sports is a bigger deal on her campus than in Anjali’s magnet school. Although Kashfia feels unsupported in her independent work, she’s studying how risky behavior affect cognitive function in youths, something she was inspired to look at by her classmates’ struggles with drug and alcohol problems.

To show a wider variety of students, “Science Fair” also looks at a few of the international competitors, including Myllena and Gabriel from Iracema, Brazil. The two public students are working on a way to halt the spread of the Zika virus in spite of naysayers in and out of the school and the lack of financial resources available to students.

Students like Myllena and Gabriel add inspiring and emotional stories to the mix, but some of the film’s subjects are just very smart kids. When the cameras follows their subjects to ISEF, it drops the talking head-style interview in favor of observing the teens as they prepare for the big day, unwind at a dance party or awkwardly pass each other by.

Outside of the young hopefuls, their teachers also make interesting subjects—so much so, they could have had their own documentary. In one segment, Dr. McCalla in Jericho, New York, becomes the featured story as she helps sternly guide her students and grooms them to become award winners. She’s strict but caring, and is clearly proud of her students’ work.

Even though not all of the youngsters we follow will leave a winner, the experience feels like a rewarding one. For them, it’s a chance to travel, to feel proud of their work and introduce them to potential future colleagues. For us, we’re watching the future of science and engineering grow in real time. The idea that we might be looking at the future inventor who may save us from a specific disease or improve our quality of life is just as exciting as seeing them be rewarded for their hard work. 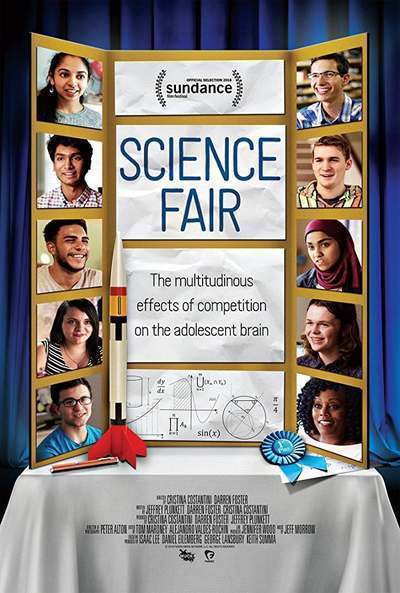 Rated PG for some thematic elements and brief language.