The moral universe of a samurai drama is as absolute as in one of our classic Westerns, and the balance between the issues and the action is usually as nicely matched. But the great samurai films seem to differ from Westerns by becoming even more extreme: morality plays punctuated by bursts of violence.

"Samurai Rebellion," which was simply titled "Rebellion" when it played the New York Film Festival a few years ago, is as extreme a samurai film as I've seen in both senses (the ethics and the violence), and one of the best. If you're new to the samurai genre, it may be a slight bit much for you; it's spare and stark and intellectual for most of its length and then explodes into a gut-clutching display of Toshiro Mifune's swordsmanship.

The plot, although ultimately the stuff of Greek tragedy, is so complicated that a brief summary would risk parody. It has to do, essentially, with the decision of a proud family to accept a woman in their home as the son's wife, and then their refusal to humiliate themselves by returning the woman to the district lord. There is more to it than that of course, but one of the joys of the style of director Masaki Kobayashi ("Harakiri," "Kwaidan") is his meticulous telling of the tale.

Before the end, however, we've seen three remarkable character changes. Mifune, as the retired head of the family, finally takes a stand after 20 years of unhappy marriage. His son learns to accept and love his own young wife. And the wife, played with delicate understatement by Yoko Tsukasa, casts her lot and life with her new family.

"Samurai Rebellion" is part of the "Films of Japan" series playing Chicago this summer and will be at the World Playhouse through Wednesday, Then it returns July 17-18 at the Three Penny, by which time (hopefully) the pickets in front of that theater will have abandoned their naive conviction that anyone could get rich and rip off the neighborhood by showing good Japanese movies. 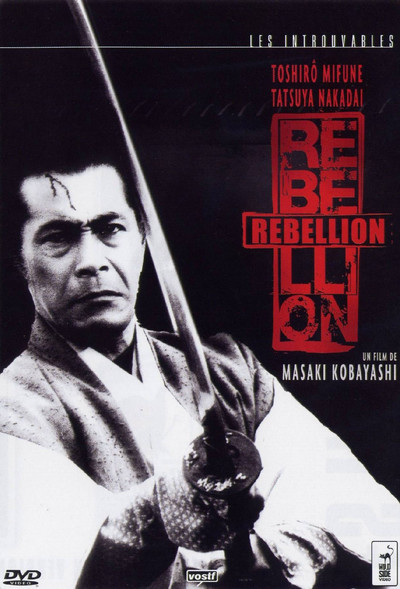