Just to make it clear, in the event that my low rating for this movie gives you the immediate impression that I'm some kind of aggrieved fanboy, or hardcore Paul Verhoeven auteurist, or something: Cinematic sacrilege is the least of  this "Robocop" remake's sins. No, the main thing wrong with "Robocop" is that it's dumb, and it's trashy, and it's both of those things in a not-good way, and it tries to cover its dumb trashiness with a veneer of "exciting" visuals and production value, and also the fact that its producers hired a group of very talented actors to inject some Very Talented Actor juice into their dumb trashy concoction.

The movie begins with what it believes constitutes some kind of wit: A television program of the near-future called "The Novak Element" in which a loud-mouth opinion-mongering host—is he right-wing? is he left-wing? the movie won't really make that clear (it's absolutely that kind of movie) but he is played by Samuel L. Jackson—expresses grievances over the fact that law-enforcement robots developed by "Omnicorp" are now being used in every country in the world but our own. To demonstrate how egregious this is,  Novak shows his remote camera crew in what appears to be U.S. occupied Tehran, guarded by drones that keep it safe as suicide bombers run rampant in the streets. This depiction of a "future" Iran is either remarkably crass, or remarkably ignorant, or some combination of both (I'm thinking it's the third option), but it's entirely emblematic of where the movie's head is at.

For the rest of the picture, the script (by Joshua Zetumer, although the screenwriters of the 1987 original are also credited, and hey, residuals are residuals) feeds the audience little dollops of what it presumes to be social commentary and/or political satire, and cast members such as Michael Keaton and Gary Oldman are sufficiently skilled to almost sell these sops as insights, but ultimately it doesn't wash. This "Robocop" is the sentimental story of a Good Cop transformed into an Emotionless Robotic Killing Machine but whose Ultimately Human Spirit Triumphs to Enact Justice and Heal A Family. So yeah, it's kind of like every other stupid PG-13 action movie of our time, except, you know, the Emotional Robotic Killing Machine part is something this potential franchise owns.

Director José Padilha (of "Elite Squad" renown/controversy) stages and shoots the smash-bang action with what some call brio and other call chaos-cinema chops. The set pieces are bountiful, and the better ones involve weasely Jackie Earle Haley as a robot tech who's not too thrilled that his perfect machines are going to be supplanted, if evil Omnicorp has its way, by humanity-tainted cyborgs, the first of which is our title character (played by Swedish-born "The Killing" star Joel Kinnaman, who evinces both professionalism and height). But Padilha, here directing his first English-language feature, doesn't really have a flair for dialogue. I noticed this most pointedly near the end of the movie, when one character said in a panicked voice "We have a problem—Alex is violating protocol," and then maybe three minutes later, in the same panicked voice, the same character says "We have a problem—Alex is violating protocol." Maybe there was a slight variation in the "we have a problem" part, but we definitely got the point that Alex (the first name of the movie's title character, in case you haven't guessed) was violating protocol.

To say there's no reason for this movie to exist would be to both tell a lie and try to obfuscate a sad truth. How to deal with the object as it exists is a more wearisome task. I don't demand that my futuristic dystopian shoot-em-ups come with the added value of misanthropic and coruscating satire, as the original "Robocop" did. I mean, it was nice when it happened, but I don't need it to be the case every time. What I do object to is an ostensibly mindless entertainment that doesn't content itself with mere sensationalism but goes out of its way to insult whatever intelligence the audience might have. And that, finally, is the gravest sin of this "Robocop." 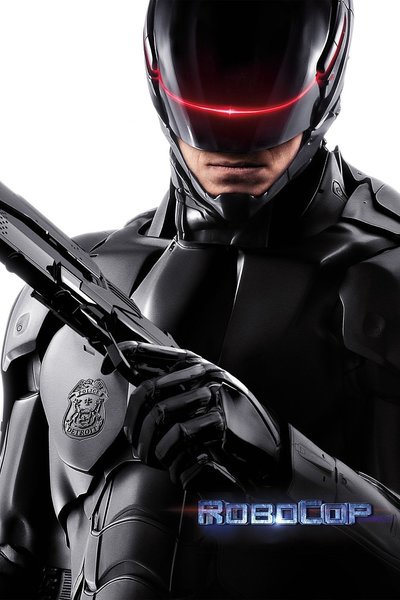