Atom Egoyan's revenge thriller "Remember" has such a compelling premise and an accomplished cast that it's a shame it doesn't add up to more. Christopher Plummer, still imposing at 86, plays Zev Guttman, a concentration camp survivor who lost his family in World War II to a sadistic Blockführer known as Kurlander, and is now living in a retirement home in New York City. Spurred on by his more frail friend Max (Martin Landau), who informs Zev that the guard is still around and living under an assumed name, he sets off in search of the elusive Kurlander, determined to avenge the great trauma of his life.

There are a number of problems with the hero's quest, though, aside from the obvious question of whether two wrongs can make a right. For one thing, Zev is a grieving, at times almost emotionally catatonic-seeming widower who's suffering from what appears to be Alzheimer's (although Egoyan's script never quite comes out and tells us what his issue is medically—it's a King Lear-like "affliction"). For another, neither Zev nor the viewers know for certain if Kurlander is really alive or if this tidbit is something dreamed up by Max, who's played by a Landau as an accusing specter who appears to be compensating for his own obvious decline and fear of death by offloading his issues on his a physically capable friend (Max's loved ones were killed by the same guard at Auschwitz). Finally, Max's information is incomplete: we're told that there is a Kurlander, but nobody knows if it's the Kurlander. Which means Guttman is in the position of becoming a mentally-addled human version of the title character in the first "Terminator" film: an assassin that set about killing every Sarah Connor in Los Angeles to make sure he eventually got the right one.

From such early classics as "Speaking Parts" and "The Adjuster" through his 1997 masterpiece "The Sweet Hereafter" and more obviously pulpy projects like "Where the Truth Lies" and "Devil's Knot," Egoyan has always been fascinated by the psychic weight of accumulated time, the elusiveness of justice, and the unreliability of memory. He often fractures his movies into narrative mosaics, flashing back and forth through time and into and out of subjective mental states, so that past and present seem to be occurring on top of each other and we don't always know what we're looking at or what it means.

He keeps the structural gamesmanship to a minimum in "Remember," embodying most of the story's instability in Plummer's performance. Is this the right strategy for a tale of pain, revenge and elusive truth, though? Perhaps not. The movie is not pulpy or emotional enough to work as a character study, nor clever and mysterious enough to succeed as a formal puzzle or a grand statement.

Plummer is a focused and detail-oriented actor, and he seems to be giving the movie what it wants: a numbed, aloof, recessive performance that we can project our assumptions and anxieties onto. But considering the emotional power of what Guttman has been through, there are moments when we want more from the character and the film. Egoyan's refusal to give them to us feels like a default art film strategy, mean to make us think there's a lot of nuance and complexity in what is ultimately the story of a probably-demented old man who was implanted with dark thoughts and is now wandering about with murderous intent because he can't figure out what else to do with himself.

There's a terrific black comedy buried somewhere in this movie's morose, golden-hued moodiness, but neither the filmmaker nor his cast seem to have much interest in teasing it out. Instead what we get is sincere but glum and evasive, and a bit thin overall. Whether Guttman is bonding with a cute little boy on the train, buying a gun from a pawnshop owner who seems curiously uninterested in Zev's mental frailty and lack of firearms training, looking on as a security guard who's discovered the gun during a routine search compliments his choice of weapon rather than arresting him, or engaging in an unnerving verbal dance with the son of a possible Kurlander (Dean Norris of "Breaking Bad"), "Remember" doesn't give us much to latch onto.

In time, the Slipperiness of Truth routine starts to feel less like a statement than an abdication of a storyteller's basic responsibilities to the audience, as well as evidence of the film trying to distance itself from any possibility of turning into a Holocaust-themed elder care version of "Death Wish"—a lurid notion that might've at least had a disreputable kick. Egoyan has a long history of delivering socko endings that retroactively make the entire story seem to snap into place and add up to more than the sum of its parts, and this movie is no exception. But it's still not enough to keep you from wondering why "Remember" felt the need to tell this particular story, and what, if anything, it meant to say in telling it. 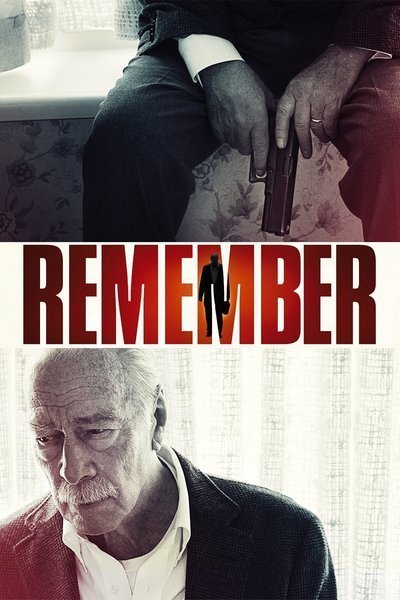 Rated R for a sequence of violence and language.