“Realive” is a special kind of botched sci-fi film experiment—it wants to be revelatory with the topic of life and death, and attempts to do so by essentially creating a biopic about the first man to be resurrected. Writer/director Mateo Gil (co-writer of “The Sea Inside”) shows us about as complete an image of a fictional character’s life as can be, from them being pulled out of the womb to their initial death and then, with the help of cryogenics, their resurrection. And yet the movie is inescapably lifelessness, unintentionally dumbing itself down while desperately hoping to be profound.

The life in question is that of Marc Jarvis (Tom Hughes), a handsome artist who finds success and beauty in his sunny days, and then faces mortifying news: he has a cancerous brain tumor. Not wanting to die from the tumor, he decides to invest his body in cryogenics, hoping that he will be restored at some point later in time. In particular, this mortifies his close friend Naomi (Oona Chaplin, injecting some passion into this story), who, as we learn through an extended chapter (this script loves its chapters), has always been his lover but with the wrong timing.

This storyline is intercut with that of Marc decades later, resurrected. He wakes up with the help of scientists who have finally succeeded at bringing a human being back to life, and is appropriately nicknamed Lazarus (this film even uses footage of the Biblical character from “The Last Temptation of Christ,” for good measure). In this section of the film, Marc experiences a slow process of physical and mental recovery, leading him to contemplate his past and the purpose of life, death, Naomi and every other memory between. He receives attention from a kind worker named Elizabeth (Charlotte Le Bon), who acclimates him to different ways of life, including the lighter societal rules on sex.

The connective tissue for these various timelines of Marc’s life is his whimsical narration, which is essentially Gil proving Robert McKee right that screenwriting can do better than relying on voiceover. “Realive” is absolutely soaked in Marc’s voice, his platitudes creating intellectual mush, with an exception for the ones that seem so ready for a goth HomeGoods sales rack you have to write them down: “Life is what’s scary, not death. But it’s always on the verge of extinction.” I don’t criticize Gil for his philosophical ambition with this story, but there is a vital sense of editing that could help its main ideas resonate, especially as the narrative struggles to get energy from flashbacks and meditation.

As it covers different parts of Marc’s life, unique flashing visuals (a chicken with its head cut-off, a close-up of his dying father in an oxygen mask) provide a resonating sense of who he is. There’s a striking scene in which Marc, newly resurrected, interacts with a new headset technology of recording memory, allowing sporadic ideas of his life to flicker before his eyes. But it’s the way that Gil packages these small yet significant moments with filmmaking that makes it all generic: these images of raw life experience aim to be as pretty as possible, with soaring strings slathering on importance. For a movie that wants to reach audiences with its passion for life, its heavy hands barely welcome a viewer’s organic interest of reflecting on the life unfolding on-screen.

A key vacuum for this story is that Marc is a boring dude. His experience is, of course, curious, being the first resurrected human being, and all that. And there is a fragment of an interesting performance as Hughes demonstrates the acute physicality of someone who would be brought back to life. But Marc himself is not very charming (although his aside to his past friends that he’ll “f—k [their] grandchildren” is...amusing) and his designation as a successful artist does not make his life seem any more important. As Hughes portrays him with utter whimsy, Marc does not garner the intrigue that makes us want to learn more about his life, to watch him get used to his resurrection, or for God’s sake, listen to him talk through an entire movie. 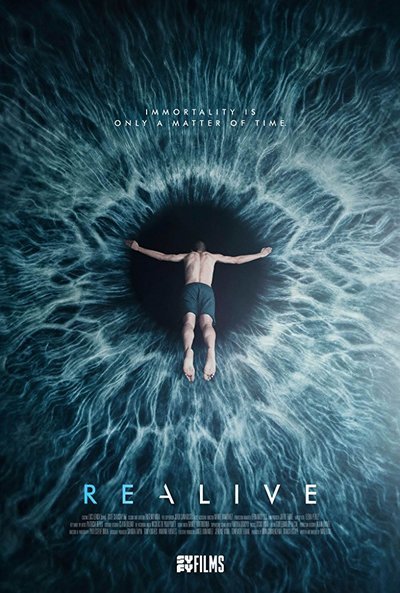