Racer and the Jailbird

In the masterful Michael Mann crime drama “Heat” (1995), professional robber Neil McCauley says, “A guy told me one time, ‘Don’t let yourself get attached to anything you are not willing to walk out on in 30 seconds if you feel the heat around the corner.’” Large portions of that great film pivot around the way that advice is and is not taken. “Racer and the Jailbird” (an inapt, frivolous English-language title; its French original, “La Fidéle,” is fine) is almost entirely about the formation of an attachment that can’t be walked out on, and how that complicates life for a criminal.

In most modern gangster pictures, women exist on the sidelines; regardless of how they live their lives there, what happens to the men is going to determine what happens to them. “Racer and the Jailbird” doesn’t break free of this dynamic, but the movie, co-written and directed by Michäel Roskam (a Belgian-born filmmaker whose last feature was the distinctive Brooklyn-based crime story “The Drop,” one of the final films to feature James Gandolfini) takes scrupulous care in highlighting the perspective of the female lead character, Benedicte, aka Bibi, played by Adéle Exarchopolous. The movie opens with a pleasant “meet-cute” scene. After a race, Matthias Schoenaerts’ Gino, aka Gigi, is relaxing with a flute of champagne and one of the racers, in full gear, walks in, undoes helmet, unzips suit, and voila, reveals herself as a beautiful woman. Gigi is not displeased by the sight and makes his move. He is frank but not unctuous, which Bibi is impressed by. The two have chemistry, and it begins mixing pretty quickly.

Ostensibly in auto sales, one evening, when Bibi asks him to tell her a secret about himself, he does. “I rob banks,” he says. The friends they just had dinner with, a raucous, gregarious bunch, are part of his gang. He’s been doing it for years. She laughs it off. But he isn’t kidding, and soon we see him at work, knocking off a Belgian bank. His gang is not “Heat”-style professional but they aren’t bad either. This is one of two bravura heist scenes that Roskam stages and shoots with flair.

What is it that Bibi sees in Gigi? It’s not a bad boy thing. Gigi is virile, but he’s also gentle, and attentive. He’s a little enigmatic. “I don’t trust anyone. I can’t,” he tells Bibi in one intimate chat. He is well-liked, even by Bibi’s dad, a high-end construction company head with a sharp eye. He makes clear to Gigi that he likes him, but adds that he knows he’s hiding something, and insists, “Either tell the truth or stop telling the thing that makes you lie.”

Bibi herself handles dissembling a little differently. She puts him under the third degree whilst tooling around in her Porsche, and when she doesn’t like what she hears, she drives faster.

Roskam creates some really beautiful scenes in the film’s first hour, which he titles after his male hero. When Gigi’s criminal enterprise is brought to a halt, the movie shifts gears. Bibi has to grapple with a choice: abandon the relationship or continue it in the face of agonizing obstacles. Being as attractive as she is, Bibi hardly wants for other suitors, and one business associate of her dad’s expresses his interest in a pointedly oily manner. She concludes not only will she stick by Gigi; she also wants to have his child.

Some might consider the scenario shifts in the movie a form of bait-and-switch. I did find that there were some awkward stretches in the final third, during which a final, existentially insurmountable hurdle is presented to the characters. But I was consistently impressed by the director’s willingness to take risks and steer this movie out of conventional territory. And the work by the two leads is consistently committed, not to mention oozing with old fashioned movie-star charisma. 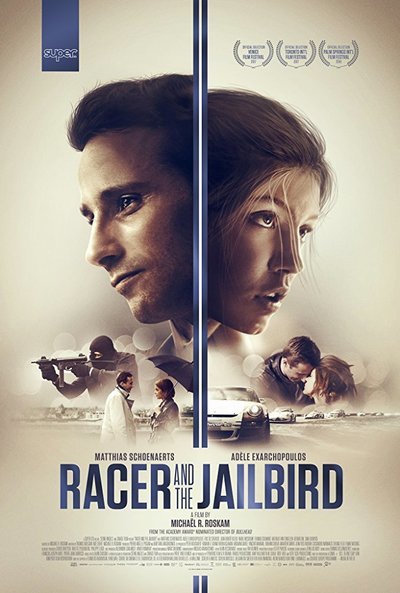 Rated R for some strong sexuality, nudity, violence, and for language.