“Porto,” a film about the emotional aftermath of a powerful one-night stand, is a poetically assembled tale of lust, obsession and nostalgia. It aims (maybe too obviously) to be a modern version of one of those mid-twentieth century European Art Cinema classics in which beautiful people with beautiful clothes sit in beautiful restaurants and bars and occasionally have beautiful sex and then talk about literature and philosophy.

It’s also a film whose impact derives from something other than its story and characters—specifically, Wyatt Garfield’s brilliant cinematography, which uses 35mm, 16mm and Super 8mm film at a time when almost everyone in the entertainment business is shooting digitally; and the final lead performance by Anton Yelchin, who died last year in a freak accident.

The appearance onscreen of pointillist swarms of film grain may trigger a specific kind of nostalgia in movie buffs, for chemically produced and mechanically projected images that are rarely seen these days outside of repertory cinemas and museums. The viewer’s swooning regard for Garfield’s old-fashioned photographic imagery could merge with their affection for Yelchin, a versatile and likable actor who died just when he was getting warmed up. This is the kind of grade inflation that nobody involved in the production could have wanted, but “Porto” will benefit from it nonetheless. As directed by Gabe Klinger and cowritten by Larry Gross ("48 Hours"), it’s less than meets the eye and ear. It’s dramatically thin and confusingly edited in places, and there are basic problems in the lovers’ characterizations that are never convincingly addressed.

Mati (Lucie Lucas), a stunning beauty with long, dark hair and a teasing French New Wave smirk, is too much of an intellectual filmmaker’s sex fantasy. The movie stares into her face and lingers on her body in lieu of giving her a comprehensible psychology. She’s more of a Woman-as-Mystery type, which is something else that the movie borrows from the heyday of Fellini and Godard. We never get a handle on why she’d practically beg to go home with the hero, or why she’d respond in kind when Jake impulsively tells her he loves her, or why she’d continue to speak to him after they tussle in the street and he slaps her, or why she’d want to see Jake years later when he barges back into her life.

Jake feels more like a real person than Mati, but his realness poses a different set of problems. With his ashy skin, receding hairline, poor posture and birdlike movements, there’s nothing to suggest why a fashion magazine-ready knockout like Mati would select him on the spot, much less why he’d sexually satisfy her so profoundly, or why she’d eventually end up marrying another guy (Paulo Calatre ) and having his baby, or who she is, generally. There’s a lot in “Porto” that you have to take on faith, or for granted. This contrasts the movie unflatteringly with works that it clearly adores, such as “Hiroshima, Mon Amour,” a film that doles out information sparingly yet leaves you feeling as if you know its lovers as well as you know anyone in your own life.

The film’s clever editing (credited to Klinger and Geraldine Mangenot) jumps through time in intriguing, sometimes intoxicating ways, and even when the drama flags there’s always a stunning image to stare at, be it a wide shot of a buzzing city thoroughfare, a close-up of a woman’s hand twirling a red lipstick tube near a steaming cup of tea, or a long shot of Mati crossing a widescreen frame from left to right, her red and white umbrella glowing against the overcast sky and grey-and-eggshell buildings. Klinger and Wyatt are such connoisseurs of light falling on stone, wood floors, fabric, and skin that I might’ve liked “Porto” just as well had it consisted of nothing more than silent shots of Lucas and Yelchin walking, talking, lounging in bed and staring at each other in cafes. Whether you consider that description a warning or an enticement will depend on what you want from a film like “Porto.” 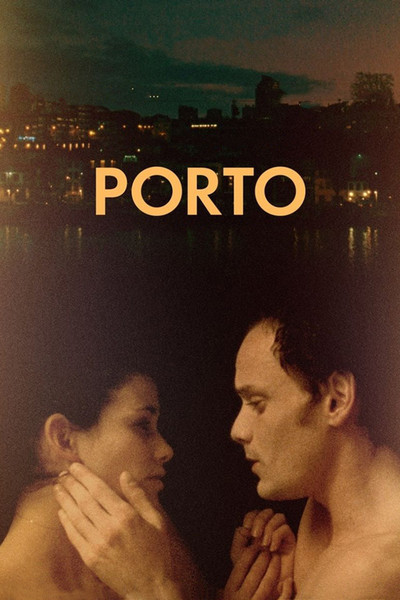