After 12 years away in jail, Eddie Palmer (Justin Timberlake) is finally free. But like many who leave the criminal justice system, homecoming can be a bittersweet experience. There’s the anger over the years of his life lost and countless relationships that have strained or faded away. Does home even feel the same after so long—when neighbors are more likely to whisper behind your back than greet you? Where can he find work if no one in town wants to give him a second chance? It’s the harsh reality Palmer navigates while reconnecting with old childhood friends and living with his gracious grandmother, Vivian (June Squibb). Next door to his grandmother’s house lives Shelly (Juno Temple) and her young son, Sam (Ryder Allen), and they become a part of Palmer’s new life, too. Shelly’s a troubled woman struggling with addiction, and she soon exits the scene without any word on when (or if) she would be back.

Now, Palmer’s story is no longer just his. When Sam comes to live with Vivian after his mother’s latest disappearance, Palmer first reluctantly accepts the new roommate sleeping in their living room. He’s also trying to figure out the little boy’s fascination with princesses and fairies, something a tough guy like him doesn’t seem to understand. But then what first looks like macho posturing eventually becomes concern. He doesn’t want Sam to be picked on, as he so often is at school, so Palmer begins defending Sam against bullies of all sizes and sorts. His short temper and willingness to turn to reckless actions does bring about some consequences, but it’s nothing this tender-hearted drama can’t cope with by the end.

Despite its rough edges, Fisher Stevens’ “Palmer” is a gentle drama. It doesn’t go as deep into Palmer’s emotions or mindset, but instead keeps them closely guarded in Timberlake’s gruff performance. He’s perhaps almost too tight-lipped, trying on a Clint Eastwood-esque poker face against the world, suspiciously eyeing most people in town except Vivian. It’s sometimes tough to stay onboard with such a distant character. But that’s where Sam comes in. He’s an absolute joy in the movie’s sadder notes. Through Stevens’ direction and Tobias A. Schliessler’s cinematography, the movie feels brightest when Sam and his pink dresses and his fairy toys fight against Palmer’s drab perspective. Everything at the beginning of the movie feels colorless and forlorn. Even Vivian’s house feels darkened at times. But Sam is a counterbalance, both in spirit and in presence.

Despite the many tensions at play in Cheryl Guerriero’s script, something about the movie doesn’t quite leap off the page. Perhaps it’s Palmer’s sweet but slightly stilted romance with Sam’s teacher, Maggie Hayes (Alisha Wainwright). Maybe it’s Vivian’s all-too-brief role, which deprives the audience of Squibb’s righteous character who chides her grandson for making them late to church, but refuses to apologize at first when she’s in the wrong. Her dedication to her congregation plays a major role in the film, yet feels like an afterthought.

In a way, “Palmer” feels like a riff on Charlie Chaplin’s “The Kid,” in which a reluctant father figure assumes the mantle out of a sympathy that eventually turns to love. (It’s a successful pattern that Adam Sandler also followed in “Big Daddy.”) But while many movies have played this premise for laughs, in “Palmer,” the set-up is played for sentiment, and an effective one at that. It’s an exploration of one generation’s masculine ideals learning to accept and support the next generation’s wishes to play outside gender binaries. The drama surrounding Palmer’s past seems to just melt away, his present-day problems now revolving around keeping the little boy safe and sound, away from bullies and a neglectful mother. While not perfect, "Palmer" works because of the father-son bond that forms between the two. 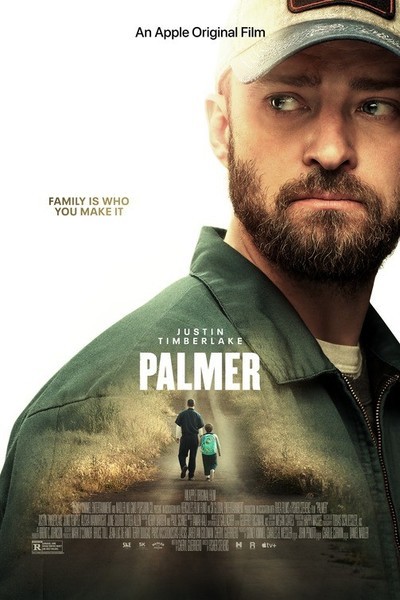