“Paddington,” a live-action/CGI-animated take on the tales of the beloved stuffed bear, pulls off a pretty tricky balancing act. It manages to be both old-fashioned and high-tech. It remains faithful to the character’s roots while also placing him firmly within a contemporary setting. It’s charmingly funny and shamelessly punny. (This is a movie in which the GPS instructs a driver to bear left during a car chase, and whaddya know – there’s a bear on the left.)

But amid the word play and the antics and the international adventures, “Paddington” also functions as a rather stealthy allegory about immigration. Which, obviously, is what you want in a kids movie. Actually, writer-director Paul King approaches this fraught topic in a way that won’t seem too heavy-handed for adults, yet might even register with the kids in the audience. The words: “Please look after this bear. Thank you,” handwritten on a paper tag tied around the neck of our diminutive, furry hero, tug with an added poignancy from this perspective. Yet “Paddington,” as a whole, mostly remains light on its paws – er, feet.

King’s film offers an origin story for the marmalade-obsessed bear from Michael Bond’s children’s books. When we first meet Paddington (voiced sweetly by Ben Whishaw with some light touches reminiscent of Robin Williams), he’s living in Darkest Peru with his aunt and uncle (Imelda Staunton and Michael Gambon). Years earlier, a British explorer had visited and was amazed to discover the existence of such brilliant, talking bears. Now, when it comes time for young Paddington to make his own way in the world, his aunt sends him to London, since the explorer promised that they’d always be welcome there.

So off he goes, wearing his signature, floppy red hat and carrying plenty of his favorite food to last him throughout the long boat journey. But when he arrives in London, not only are people not amazed to meet a walking, talking bear, they rudely dismiss his genuinely friendly attempts to connect. Only the Brown family, passing by on the platform at Paddington Station – namely, the open-minded Mrs. Brown (Sally Hawkins) – dares to show this homeless, disheveled creature any kindness. (Thankfully, she also acknowledges what a marvel he is in his verbosity so we can all just get on with the movie.) The other family members – uptight Mr. Brown (Hugh Bonneville), daughter Judy (Madeleine Harris) and son Jonathan (Samuel Joslin) – regard him with varying degrees of skepticism.

After some clumsy and calamitous antics while adjusting to life in proper civilization, some of which are more amusing than others, Paddington seems to settle in and find a rhythm. He maintains a plucky disposition, even though his homesickness is palpable. As in “Ted,” the CGI effects here are seamless; the tiny toy is soft and tactile and beautifully detailed, with evocative facial gestures which help create a surprising emotional connection. Paddington also finds himself in a surprising amount of serious danger, which might be frightening for the youngest audience members. (Spoiler alert: He’s going to be OK.)

While the humor can be broad (as in Nicole Kidman’s ruthlessly driven taxidermist in borderline-dominatrix gear) and even a little crass (as in some literal toilet humor when Paddington has trouble in the loo), “Paddington” also features some lovely and even delicate imagery. King is straight-up stealing from Wes Anderson when he depicts the Browns’ tall, narrow home as a dollhouse that opens up to reveal the family members going about their business in various rooms. And a mural of a tree painted on the wall of the Browns’ curved staircase repeatedly changes to reflect the mood of the film. 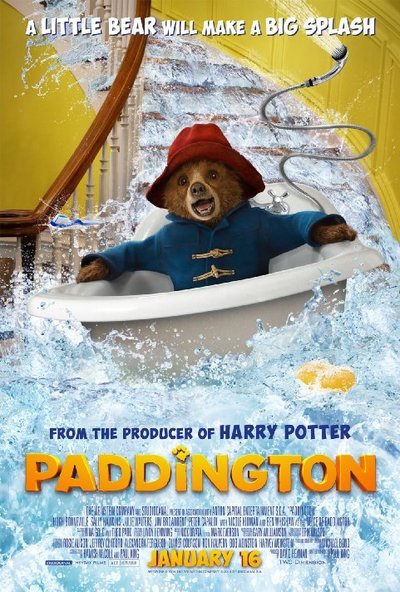