Thanks to popular titles like “Abducted in Plain Sight,” “Making a Murderer,” “The Keepers,” and “Tiger King,” among many others, Netflix has built a reputation through its true crime documentaries. With its wild twists and turns, the genre has lent itself well to the “win the internet news cycle” of memes and gifs preferred by the streaming giant. When they're good, the docs are often easily digestible and quickly rewatchable. But when they're bad, they lean too heavily on salaciousness and rely on cheap narrative tricks for trending topics.

Director Lucie Jourdan’s “Our Father,” a frustrating, tawdry documentary, rips a headline for trashy dramatic beats of an Indianapolis fertility doctor who inseminated an untold number of women with his sperm. The physician in question, Donald Cline, didn’t ask the women for their permission. They continued with their lives believing their child’s father was an unnamed medical student or their respective husband. Decades later, though, through the DNA test 23andMe, the now-grown children are not only discovering unknown half siblings, they’re learning that Cline is their father.

Much of the film is told through the eyes of Jacoba Ballard. Because of her blonde hair and blue eyes, in a family of brunettes, she always wondered about her origins. After using 23andMe, she found seven other half-siblings and began connecting the dots, ultimately spearheading the search for other siblings.

Jourdan struggles to let the tragic stories shared by these men and women to breathe. A jagged and eerie score adds an unnecessary, overbearing mood and tone to their recounting. Staged scenes of Ballard dressed in a red hoodie, hunched over her computer as a web of papers and photos surround her, are closer to comical than serious. And the obvious reenactments of an actor playing Cline in scenes with the real-life Ballard are strained, at best; amateurish at worst. At every turn, Jourdan is determined to relegate this crime to a tacky TruTV documentary.

For much of the film, the primary question eating at the victims is “why?”—what would drive Cline to inseminate these women? A conspiracy theory offered by one victim points toward cultish origins. While religion plays a large role with Cline, Jourdan isn’t at all interested in parsing how Cline used his spirituality to absolve himself. Nor does she really delve into the inadequacy of rape laws. In fact, the best minute of the film arises when the state’s prosecutor and a law scholar explain why charges couldn’t be brought against the doctor. Partially because while a clause in Indiana law could result in charges, the inherent bias jurors have against women in cases not considered “clear” instances of rape would make the prospects of any prosecution untenable. Rather than dive through those nuances, Jourdan pushes quack theories that do the narrative little good. The whole picture slows to a crawl under the weight of these extraneous tangents, making one wish a clearer thesis dominated the proceedings.

This movie is strongest when it focuses on the victims: the mothers like Liz White and Dianna Kiesler, and their children. In this plastic documentary, they’re the only tangible link to reality. Each recollection from a mother—explaining their want for a baby, their joy of having one, and their heartbreak and disgust discovering how their desires were leveraged for this doctor’s jollies—renders palpable empathy. Likewise for the now adults dealing with unmoored self-identities, health ailments, and despair. Angela Ganote of Fox59, the one person who believed these women, who went out of their way to investigate Cline, imbues this unyielding documentary with additional gravitas whenever she speaks about her research.

None of those components, unfortunately, can overcome a movie too interested in manifesting trending topics over telling an alarming, gut-wrenching story with respect. While what Cline did and the fight his victims took to find justice is a truth worth knowing and learning, Jourdan’s crass documentary isn’t the best vehicle for such weighty material. 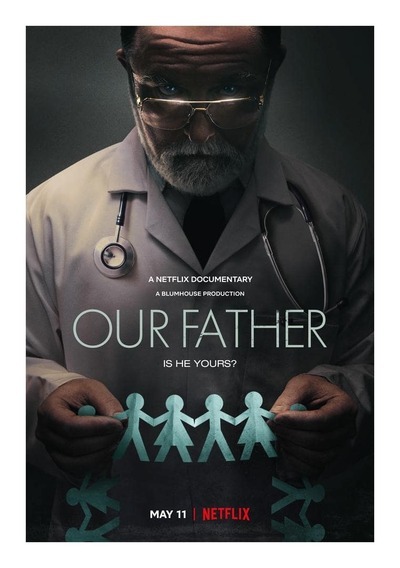 Donald Cline as Self - Fertility Doctor

Jacoba Ballard as Self

Angela Ganote as Self

Kylene Gott as Self

Julie Harmon as Self

Jason Hyatt as Self

Matt White as Self

Heather Woock as Self