My Name is Sara

"My Name is Sara" is billed as a biographical drama, and it is. The movie is based on the true story of Sara Góralnik, who escaped the slaughter of her parents by Nazis in Poland, adopted the identity of a Christian classmate, and worked as a nanny on a Ukrainian farm throughout the war. It's made in association with the Shoah foundation and executive produced by her eldest son, Mickey Shapiro. But its cumulative impact is that of a thriller, and its most effective scenes are almost unbearably tense, as they revolve around a character who is escaping genocide by pretending to be something she isn't, and could be murdered if the truth gets out.

As directed by Steven Oritt and written by David Himmelstein (screenwriter of many acclaimed historical dramas, including "Soul of the Game") the movie excels at putting the audience in the position of its teenage heroine (Zuzanna Surowy), who's lost and alone in hostile terrain, making things up as she goes. The story begins with Sara and her elder brother parting ways after he tells her that she has a better chance of getting through the war because he's more identifiably Jewish than she is. His insight is only partly validated: from the moment that Sara gets work as a nanny on the farm in Ukraine (which is also under German control) barely a scene passes without somebody casting doubt on her story or looking at her in a way that makes us think she's being suspected of lying.

Sara tells the her employers—the farmer Pavlo (Eryk Lubos) and his wife, Nadya (Michalina Olszanska)—that she's fleeing a bad domestic situation: her mother died, her father remarried a woman who hates her, and now there's a new baby. Pavlo accepts this account, but Nadya thinks it's fishy. For much of the rest of the film, Nadya stares daggers through the heroine no matter what's transpiring. Sometimes she suspects Sara of being a Jew. Other times she seems to think the new girl is a hustler who will seduce Pavlo. Pavlo is depressed and resentful. The Nazis are destroying his livelihood by demanding a set amount of livestock and grain to feed occupying troops. He's also a widower who lost his first wife and their child (presumably in the war, though we don't get the details), and there are times when he looks at his new wife as if realizing he made a terrible mistake. This is not a good situation, even for a makeshift wartime arrangement.

Sarah presents herself as "Manya.” She could be found out unless she summons knowledge that will permit her to "pass" (such as crossing herself). So deft is the film's mastery of basic subjective filmmaking techniques that when Sara enters a small-town church, it's as if we're following a mouse into a barn filled with cats. Sometimes the movie turns the thumbscrews on the audience by letting us know that an uncomfortable moment is coming long before it happens, as when a woman tells "Manya" that she can't wait to see her again next week so that she can connect her with somebody who's known her since she was a little girl.

The film also excels at showing how small-minded and nasty occupying armies tend to be. The Nazis that cross paths with Sara and her employers and their boys are bullies in uniforms, incompetent at everything but brutalizing unarmed people. The Russian partisans who demand meat from the family farm are only marginally better. If there wasn't a war going on, they'd be bandits robbing travelers on the road.

This is a refreshingly nonjudgmental film. It says "This is how it was" and leaves it at that. Everyone seems to be doing the best they can to muddle through a rotten situation they didn't create and are largely unable to control (though the ones with guns and uniforms get to take refuge in vicious power fantasies). But the film doesn't excuse anyone, either. Sara constantly struggles to behave morally and ethically in an environment where people who put those concerns at the forefront of their minds tend to end up in prison or on the wrong end of a rifle. And the script is astute in finding subtle ways to point out how power (even in small amounts) frees people from having to make those sorts of calculations.

The film doesn't so much end as stop, like all ordeals. It's torment in cinematic form, made engrossing by its focus on a singular experience, and the performance that anchors it. Zuzanna Surowy has never acted in a film before, but she seems as if she's got years of experience. She has that gift of letting the surroundings and events absorb and reflect her. We really do feel as if we're seeing it all through her eyes, including the worst of it. 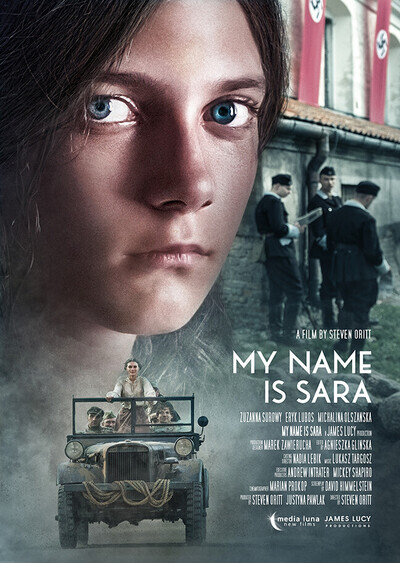