She lives in a grim world for such a plucky little girl. Her mother died two days after she was born. Her father runs a funeral home. The embalming takes place in the basement. Her grandmother has Alzheimer's and is wrapped in a deep silence, except for the times when she starts singing the hit songs of 40 years ago.

No wonder Vada is a hypochondriac who is always running off to the family doctor.

And yet in other ways Vada is fairly normal. She has a crush on the teacher who lives down the street. She goes biking with her best pal, Thomas J., and they talk about the meaning of life. She adores her dad, who is sort of distant, and she gets a little jealous when dad hires a new cosmetologist and then it looks as if he might begetting married again.

"My Girl" is the second recent film about young people learning the realities of life. Like "Man in the Moon," it is about young romance, innocence, tragedy, and growth. The characters in "My Girl" are a few crucial years younger than those in "Man in the Moon" - Vada is 11 and just this side of the great divide of adolescence - but both movies feature a swimming hole, and a first kiss, and a father who is strict but loving. And the key to both movies is in affecting, genuine performances.

Vada is played by Anna Chlumsky, a newcomer who does a good job of creating her smart, curious, gloomy character. Thomas J., her best pal, is Macaulay Culkin, in his first role since "Home Alone," and once again he is a solemn, owl-eyed little boy who sees much and says little. Adults in movies like this are often turned into dotty caricatures, but it says a lot for the filmmakers (director Howard Zieff and writer Laurice Elehwany) that they see their adults as normal people.

The father is played by Dan Aykroyd and the new cosmetologist by Jamie Lee Curtis, and they're both lonely as the movie opens; Aykroyd hasn't dated in 20 years, and Curtis confides that she took the job ("even though I don't much like dead people") because she saw that a family lived there and thought it would be good for her.

Vada is jealous as she begins to lose her father's full attention, but that gets taken care of, too, all in good time.

And then something tragic happens, just as it did in "Man in the Moon," and Vada has to learn to accept the hurt of life. The movie pays full respect to her loss; there isn't a hasty and emotional ending, but a conclusion that shows how Vada makes her accommodation with loss - and a scene within which a deep truth is spoken.

The beauty in this film is in its directness. There are some obligatory scenes. But there are also some very original and touching ones. This is a movie that has its heart in the right place. 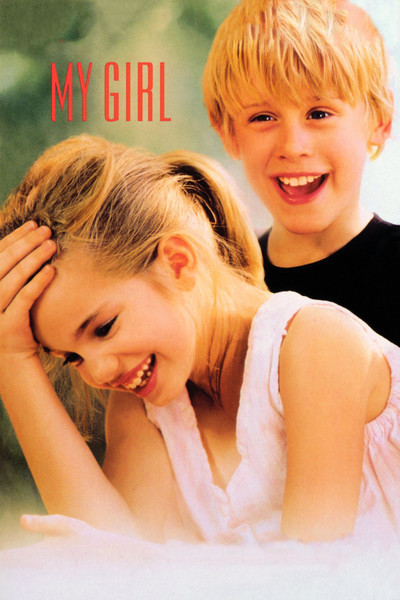