“[You’re] trying to solve a murder and tell a story.”

A relative of Madison Hamburg defines the structure of the uniquely moving “Murder on Middle Beach” in that line, which comes late in the four-episode series that HBO hopes fans of “The Vow” will jump to starting this Sunday. Of course, this is a very different project but it’s telling how invested HBO is in their docuseries branch that they keep highlighting projects like “Atlanta’s Missing and Murdered: The Lost Children,” “I’ll Be Gone in the Dark,” and now Hamburg’s deeply personal series. At first, the emphasis on the filmmaker himself in this story may be off-putting to people looking for just the facts, but “Murder on Middle Beach” is a generically misleading title for a series that’s more about the impact of an investigation than the actual crime itself. Hamburg digs into the brutal death of his mother and finds that most of the suspects are on his family tree. The question that drives this captivating series becomes not “who did this” but “what if someone I love did this” and watching Hamburg make that turn as vulnerably as he does makes for riveting television.

On March 3rd, 2010, the battered body of Barbara Hamburg was found outside her home by her sister Conway. That day, Barbara was supposed to attend a court hearing in a case against her ex-husband Jeffery Hamburg over alimony and child support. Three family members—Jeffery, Conway, and Barbara's daughter Ali—would become suspects at different points in the case, and Hamburg the filmmaker brilliantly takes us along on his journey through suspicion and trust. Imagine if the person most important to you was murdered—now imagine it may have been your father, sister, or aunt who committed the crime. And then imagine putting that journey in front of the camera.

The emotional foundation of a torn-apart family is what strengthens “Murder on Middle Beach” but it’s also a fascinating mystery without the personal touch. It was revealed that Barbara Hamburg was a part of something called “gifting tables,” wherein groups of women would meet in fancy homes along the Connecticut shore and basically gift money up a food chain of power. In other words, it was a pyramid scheme. Every new member would gift money up the power structure like a new soldier in the mob does to the godfather, and it’s not hard to conceive that this illegal operation resulted in violence when someone felt financially destroyed. As if that “plot twist” isn’t fascinating enough, wait until you see some of the financial and legal papers of Jeffery Hamburg, documents that hint at illegal, international operations. There’s more than enough story in the Hamburg family tree for a David E. Kelley mini-series or two.

And yet Madison Hamburg always brings it back to the personal story. He’s open and honest about how the process impacts him emotionally—some interviews even end with reassuring hugs and the words “I love you.” He balances a procedural aspect—there’s a sequence where he even restages some of the clean-up of the crime—with authorship that only he could provide. An incredible amount of “Murder on Middle Beach” consists of hidden audio recordings, including conversations with the police and with his elusive, frustrating father, a man who seems entirely unwilling to talk about the death of ex-wife, leading to even greater suspicion. It’s hard to say exactly how much of these hidden recordings are edited, but there’s still great vulnerability that comes with broadcasting deeply personal and possibly revelatory conversations on HBO. Most importantly, Hamburg never comes off like he’s playing to the camera. None of it feels forced or scripted. He is a fascinating blend of committed devotion to his mother and reticent fear over what his father or aunt or even sister might say next. It’s almost like the murder of his mother is a crime he doesn’t want to solve, but he has no choice.

Having been burned by the epic length of series like “The Vow” and “Trial 4,” even the 260-minute running time (the finale is closer to 80 minutes than an hour) threw me off at first. The theme of 2020 is everything feels too long. My initial concern about “Murder on Middle Beach” was misplaced. The length here fits and there’s nowhere near as much wheel-spinning or repetition as in some of this year’s docuseries. In fact, I’m hoping the series is successful enough to produce a follow-up fifth episode because questions linger at the end of this one. I suspect many viewers will feel like they know the truth by the end of “Murder on Middle Beach,” but I left the series wondering where Madison Hamburg goes next. How will his family respond? How will the authorities? And what will the added exposure to this story do to his journey? The greatest accomplishment of “Murder on Middle Beach” is how connected I felt to this story by its end, concerned about an entire family torn apart because of one brutal day in March over a decade ago. 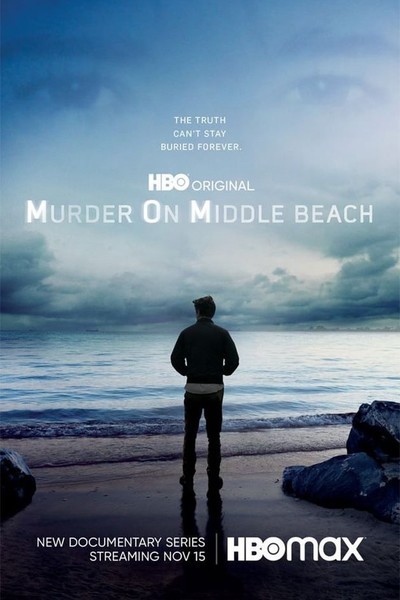