The 103rd best film of 1994, which is to say another film that wants to be "Pulp Fiction" or something in that vein, "Mr. Right" hires two charismatic lead actors, Anna Kendrick and Sam Rockwell, then expects them to carry a movie with almost no compelling reason to exist.

Rockwell plays a hitman known as Francis. More accurately, he's a former hitman (though still a killer). Kendrick is Martha, the young woman who hooks up with him on the rebound from a busted relationship. She bumps into him in a supermarket and agrees to go on a date with him, ignoring clear warning signs that he's not in his right mind, such as his refusal to tell her his name (he says his real name makes him angry) and his propensity to tell obviously absurd stories to explain almost everything about himself.

We eventually learn that he's a former hitman who had an epiphany and now only kills people who hire him to commit murder. Sometimes he wears a clown nose as he does this. He has an elaborate philosophy, something about how we are all islands in the stream and there's a great energy force flowing beneath us. He demonstrates this by throwing a knife at Martha's head. Of course, he doesn't accidentally kill her because if he did, something genuinely surprising would happen in a film otherwise comprised of tedious film school-student cliches.

James Ransone of "The Wire" shows up as a New Jersey criminal trying to trick Francis into killing his older brother (Anson Mount of "Hell on Wheels"), but this plot has very little to do with the main story of Francis and Martha; it seems to be there mainly to pad out the film's running time and provide a few spikes of violent action and random weirdness in a movie that otherwise plays like "True Romance" by way of "Juno" minus most of the talent and originality.

Kendrick and Rockwell are appealing enough that the film isn't a complete wash (Rockwell continues his tradition of dancing even in films that don't intrinsically require it; somebody write this guy a musical) but that's not exactly what you'd call a ringing endorsement. If truth in advertising applied to movies, they would have titled this one "Reheated Cultural Leftovers." 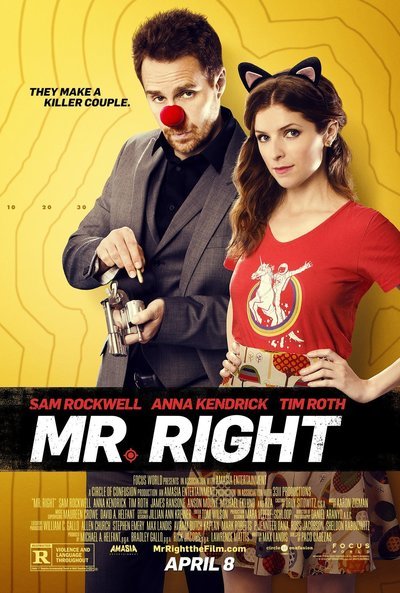