“Monuments” is a film that essentially asks viewers to contemplate what might happen if you took the vague basic premise of Sam Peckinpah’s legendarily bloody and brutal 1974 black comedy “Bring Me the Head of Alfredo Garcia” and ran it through the template of the aggressively oddball and largely forgotten indies that were all the rage in the mid/late '90s. This, I hasten to add, does not result in anything good. But there are some film buffs out there who might recognize the seeming incongruity of that particular combination of elements, and be inspired to see what it's all about. Luckily for them, it will only take a few minutes to get a sense of what a tedious and unfulfilling exercise in sentimental quirk the whole thing truly is.

As the film opens, college professor Ted Daniels (David Sullivan) is still reeling from the death of his wife Laura (Marguerite Moreau), with whom he had reunited after a brief estrangement just before her tragic-but-quirky demise. He now carries her ashes with him to his classes and visits to their favorite tiki bar in the small Colorado town where they moved to from Chicago in order to be closer to her family. Her family—a bunch of weirdos, naturally—already hate Ted for vaguely defined reasons and are now even more outraged that he won't give them Laura’s ashes so that they can perform a traditional family ritual out in the woods. After fuming for a while, they get Howl (Javier Muñoz)—the hotheaded oddball that they wish Laura had ended up with instead of some college professor—to steal her ashes so that they can dispose of them. Ted tracks them down, steals the ashes back in the nick of time, and hits the road for Chicago, where he plans to spread them at a favorite exhibition of theirs at the Field Museum.

Ted’s journey is marked with encounters with a number of strange people along the way. There is a beautiful woman (Shunori Ramanathan) that he meets in a bar who entices him with a offer to dance (her song selection—the immortal Spike Jones classic “You Always Hurt the One You Love”—proves to be the closest thing the film has to a highlight) and an invite back to her place that, unsurprisingly, gets a little weird. Then there's the dedicated Field Museum guard (Joel Murray) who has been tipped off to Ted’s plans and is there to ensure that nothing funny happens. Ted’s oddest encounters are with Laura herself, who appears to him as a vision throughout so that they can hash over the details of their relationship one last time. Meanwhile, Ted is in pursuit to get those ashes back with the kind of determination and belief in his own brilliance not seen since the glory days of Wile E. Coyote (and even winds up suffering a similar fate in the end).

When it comes to the actual intentions of writer/director Jack C. Newell, your guess is as good as mine. I presume that it's trying to say something about coming to terms with sudden loss, as well as the need to move on with life afterwards. And yet, the film never seems overly interested in doing that, or much of anything else. What could have been a powerful, timely, and potentially funny meditation on the grieving process is instead a work that's about as thin and flavorless as a gum wrapper.

The comedic aspects—which also include a couple of wacky cops whose paper-rock-scissors routine lasts only a few seconds, but which seems about as long as the wedding scene in “The Deer Hunter”—are never amusing and their overtly cartoonish nature clashes oddly with the rest of the story. The more serious-minded elements, especially Ted’s conversations with the vision of Laura, are just as tedious because not only do they have nothing of particular interest to say to each other, their palpable lack of any chemistry makes us wonder what could have possibly led them to get together in the first place. Meanwhile, the other actors each strive to be the most offbeat character on display, and their efforts tend to be fairly excruciating throughout.

The most notable aspect about “Monuments,” at least for viewers based in the Chicago area, is the extended appearance of the beloved Field Museum (including the famous Moldarama machine) in the film’s home stretch. This marks the museum’s most extensive appearance in a movie since serving as the setting for the 1997 horror film “The Relic.” As you will recall, "The Relic" involved some kind of murderous South American lizard god that went on a rampage in the museum until it was finally brought down by the combined forces of Penelope Ann Miller and Tom Sizemore. That film, needless to say, was pretty dumb but at least you knew what it was attempting to accomplish. If the makers of “Monuments” had managed to figure what they were trying to accomplish before shooting, their film might have turned out to be a better and more meaningful work. As for the Field Museum, while I was happy to see it in all its glory, I think that the next time it decides to return to the screen, it should hold out for a better script, including a larger role for the Moldarama. 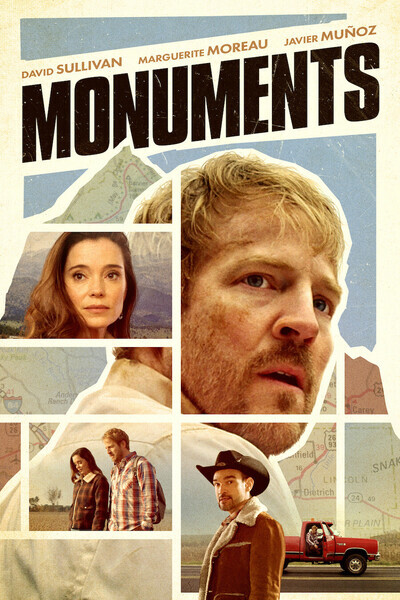