A sleazy and neon-soaked ride that splits the difference between a crafty caper and a guilty pleasure, “Mona Lisa and the Blood Moon” is the kind of cheeky flick you can’t help but surrender to. It possess your senses at every one of its madcap turns, and the same could be said about writer/director Ana Lily Amirpour’s previous two features. Both the stunning “A Girl Walks Home Alone at Night” in gleaming black and white and the vibrantly designed yet somewhat miscalculated “The Bad Batch” seize this gripping quality, as Amirpour whisks the audience away on a journey alongside a female survivor living on her own terms, with her own moral code.

Amirpour’s good-humored third feature is also led by one such fearless woman. She is the mysterious Mona Lisa Lee, an inmate of Korean descent, locked up in a mental hospital of sorts on the outskirts of New Orleans. Played by Jeon Jong-seo (from Lee Chang-dong’s masterful “Burning”) with verve and mystique, Mona Lisa suffers in her shabby cell trapped in a straitjacket, often subjected to monstrous cruelty. We learn as much from an early scene, when a worker tasked to trim Mona Lisa’s toenails ruthlessly drags her on the ground, trying to hurt and humiliate the young woman. But like a werewolf transforming into its full powers under a full moon, something just then snaps within Mona Lisa, who takes control of the supposed caregiver’s motor functions, making her stab herself repeatedly through no physical force—just eye contact and bodily moves that mimic that of her severely injured victim.

It’s a gruesome scene, but as satisfying to witness as any deserved cinematic act of revenge all the same. Amirpour indulges in this fulfillment throughout her latest, following Mona as she punishes her pitiless perpetrators one by one. But after a brief encounter with Fuzz (Ed Skrein), a stranger who buys the hungry Mona some junk food at a deli, the young woman then herself mixed up with darker deeds under the care of Bonnie. A fantastic Kate Hudson plays this deliciously trashy and cunning character, a savvy but down-on-her-luck stripper and single mom who decides to exploit Mona’s undetectable superpower to control others as a money-making opportunity. So when they’re not downing burgers and the boxes of pizza that Bonnie supplies daily, the two carelessly hit ATMs, stiffing helpless bank clientele a few hundred bucks here, and a few hundred bucks there. Already on alert, Craig Robinson’s compassionate and shrewd detective Officer Harold claims the case, having been one of Mona’s hypnotized preys himself with a leg healing from a self-inflicted gun wound.

Thanks to this non-fatal injury, “Mona Lisa and the Blood Moon” involves one of the best (and funniest) chase scenes of recent memory, following a low-speed Harold pursuing Bonnie, who also can’t run due to the high-heeled stripper stilettos she's firmly strapped in. But what lends the film its heart, more than its gags and well-realized world of slime in the picturesque streets of New Orleans’ French Quarter, is the ultimate friendship Mona builds with Charlie (a lovable Evan Whitten), Bonnie’s neglected and surprisingly level-headed son in desperate need of some parental warmth and support. Amirpour perfectly transposes their connection onto the screen, with Mona finding a pair of youthful eyes through which she can make sense of the outside world she’s just been pushed into like a baby out of a womb; and Charlie, finally having a kindly grown-up’s attention and dedication. A pair of fake IDs and some mild costume transformations later, the two head to the airport to flee and start a new life. But will they be able to pull off an escape with half the city’s law enforcement prepared to stop them?

Regular Ari Aster cinematographer Pawel Pogorzelski spiritedly captures this final nail-biter of a climax, while delivering atmospheric and sophisticated visuals elsewhere worthy of the majesty and radiance of The Big Easy. Also immensely pleasing is the winsome parting note that Amirpour has in store for the audience. She proves her matured and refined sensibilities as a writer, with an exit where everybody wins something, even if it’s not exactly the thing they had initially bargained for. 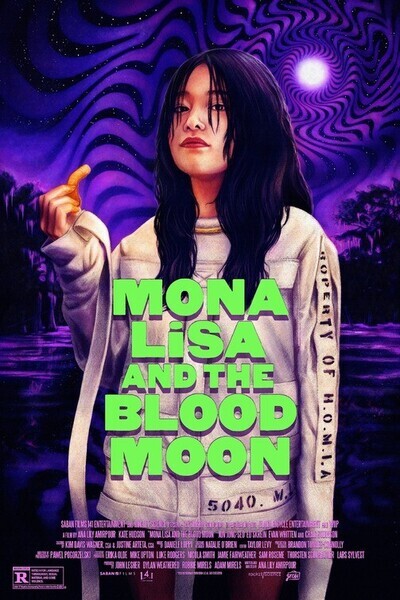 Rated R for language throughout, sexual material and some violence.