This review was originally published on January 15, 2021 and is being republished for Black Writers Week.

In Sam Pollard’s superb, infuriating documentary, “MLK/FBI,” Andrew Young quotes comedian and activist Dick Gregory: “If you’re Black and not slightly paranoid, you’re sick.” It’s a fitting line for a film about J. Edgar Hoover’s widespread surveillance of Dr. Martin Luther King, Jr. from 1963 to April 4, 1968. Tapes of these wiretaps and bugs were turned over to the National Archives in 1972, and will be available for public consumption in 2027. In the meantime, we have this powerful, upsetting record of events based on The FBI and Martin Luther King: From ‘Solo’ to Memphis by David J. Garrow. Pollard and editor Laura Tomaselli stitch together an incriminating mix of real-life footage and scenes from movies that served as law enforcement propaganda. Those images are supplemented by onscreen selections from FBI documents that paint a salacious picture of the civil rights leader they surveyed. Myth and legend are pushed aside, creating a human portrait of a great leader, warts and all.

Garrow is one of the talking heads here, none of whom are seen until the closing minutes. He is joined by fellow author and Hoover chronicler, Beverly Gage, King’s contemporaries Young and Clarence Jones, and former FBI employees Charles Knox and James Comey. Comey’s appearance would be jarring if it didn’t so effectively tie the past to the present; so much of “MLK/FBI” feels like a rerun of recent events rather than a predecessor. “The FBI was a part of the mainstream political order,” says Garrow near the end of the film, and he’s backed up by Gage, who points out that the FBI’s actions were not only not-so-secretive but were also popular. This is backed up by an earlier detail showing that, at the height of the battle between the FBI and Dr. King, the FBI had a 50% popularity rating compared to King’s 17%.

“MLK/FBI” accomplishes many things, starting with reminding audiences just how dangerous and militant King was perceived to be by White America in the 1960s. Gone is the “Santafication” of Dr. King, to use that line from “The Black Power Mixtape.” The guy whose “I Have a Dream” speech has been bastardized by liberals and conservatives who dishonestly used it as a Kumbaya excuse to ignore racism is seen making other speeches, ones that aren’t so easily distilled of their anger and disappointment. In fact, a few weeks after The March on Washington, Hoover sent a memo saying, “It’s clear that Martin Luther King is the most dangerous Negro in America.” The FBI head’s “fear of a Black Messiah” may have been the impetus for tailing King in the first place.

Pollard shows the dirty hands of several beloved figures. We learn that the FBI needed Attorney General approval for wiretaps, which was granted by Bobby Kennedy. And the film critics and pundits who complained that Ava DuVernay’s “Selma” didn’t kiss LBJ’s ass enough will be put in their place by some of the audio and the details here. But the primary focus is on Hoover, who felt that the “moral leader of the Negroes” should be without sin, and King, who like every other human being besides Jesus’ Mom, often found sinning irresistible. Those aforementioned tapes collected by the FBI contained instances of King in adulterous situations, with the goal of exposing his sexual habits to destroy his reputation. The mere mention of adultery alone could have done this, but the FBI wanted to ensure the details were so graphic that they would shame the Devil. This is in large part why “MLK/FBI” is so infuriating; imagine all the carnal pleasures you’re into being broadcast to the world in an attempt to discredit you. If this doesn’t terrify you, your freaky-deaky needs more seasoning.

“MLK/FBI” doesn’t give a pass to King’s indiscretions, but it does interrogate the reasons why Hoover thought this tactic was necessary. Through his confidant, Sam Levison, King had already been linked to the “–ism Boogeyman” America accuses Black folks of playing footsie with whenever we demand equal rights (communism then, socialism now). Using clips and narration, Pollard and his subjects break down how Black men were constantly seen as a sexual threat, especially to White women. D.W. Griffith does his part to promote this in the expected clips from “The Birth of a Nation,” but this film delves deeper, pointing out that Hoover’s perception of Black sexuality was filtered through that same viewpoint. Whatever King was doing in those tapes (and like Charles Knox says in the film, I’ve no desire to find out), it was considered beyond hypersexual and deranged by the supposedly strait-laced Hoover. The head of the G-men was furious that most newspapers and journalists wouldn’t take the bait, so he had his team cut together an audio sex tape and sent it, along with a threatening letter, to Coretta Scott King.

“As humans, we are best at convincing ourselves of our own righteousness,” Gage tells us. This type of delusion is heightened and exploited by propaganda. While Hoover saw his nemesis as Sweet Sweetback, he saw his FBI as a bastion of good, a line of bullshit Hollywood directly injected into the veins of numerous movies and TV shows. This aided and abetted the FBI’s public persona, one that Hoover ably cast from his own ideal vision. When someone said “G-man,” you knew exactly what they looked like: stern, White, buffed and wearing a suit and tie. This spreading of a brand is no different than Twitter today; what’s impressive is how well these notions took root in the days before smartphones and social media.

Meanwhile, Dr. King is being tarred by the FBI as “the most notorious liar,” a story the Washington Post and the New York Times are happy to splash across their front pages. This gets more coverage than King’s Nobel Peace Prize and leads to the one meeting between King and Hoover. Since the press was not allowed, there’s no footage to show. Instead, we see the post-meeting press conference, where King navigates the minefield set for him by reporters. Pollard shows this as a bit of a bookend to an earlier clip where a White woman from UPI makes absurd, gaslighting statements that sound like what we heard from GOP politicians last week: “If you offend your oppressors, you’ll ruin unity by making them hurt you more.”

Since “MLK/FBI” unfolds in chronological order, we eventually get to King’s objections to the Vietnam War, including the same April 4, 1967 speech Spike Lee opened “Da 5 Bloods” with last year. King’s “no-war” policy, coupled with his “Poor People’s Campaign,” severed the ties between him and LBJ. “It’s a cruel jest to say to a bootless man he ought to lift himself up by his bootstraps,” King says, expressing that money for the war should go to the homeland’s war on poverty. Hoover exploits this rift with LBJ’s blessing, upping the surveillance and even adding details that may or may not be true. It all ends on April 4, 1968, we’re told, and the film suddenly cuts to black because we know what happened on that day.

I watched “MLK/FBI” for the second time on the same day my television filled with images of the Capitol being overrun by the kind of violent insurrectionists Hoover and his minions said the Civil Rights movement would incite. The film played no differently than when I saw it back in September at the New York Film Festival, which is truly sad. The archival footage Pollard uses has people saying the same things they’re saying today, and the same negative ideas are being thrown around in regard to the rights of Black and brown people. It feels like “Groundhog Day,” with no end to the cycle in sight. There’s a line in this film that sticks with me. It implies that nothing will change unless America deals with “the fear of Black people forcing a reckoning with the American past.” That reckoning is past due. 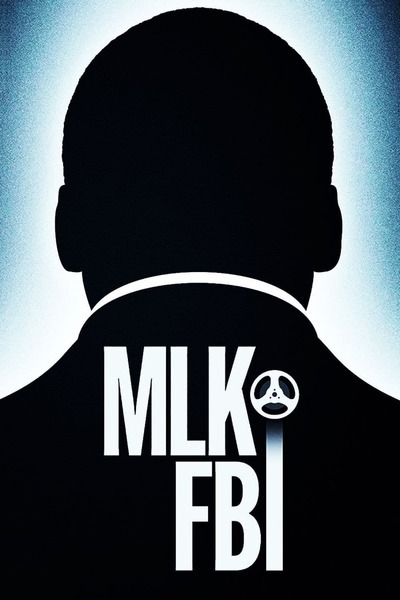