If a well-intentioned, occasionally funny, often moving yet nonetheless flawed "womance" (the en vogue female term for bromance) causes you to desperately fumble about in the dark for that wad of tissue in the recesses of your purse, does that alone qualify it as a success?

In the case of “Miss You Already,” an all-too-literal bosom buddy, disease-themed dramedy that is part-“Cake,” part-“50/50” and a whole lot of “Beaches,” the answer is "yes." When crying time does arrive, it will feel like a symphonic wave of waterworks accompanied by an anvil chorus of rhythmic sniffling. Judging by my crowd, the result is enough to make chopped onions jealous.

But it’s a "yes" that carries several reservations. This London-set weeper about two late-30ish BFFs since early childhood—Jess, a sensible boho-chic American transplant (Drew Barrymore, essentially playing her adorable, wonky-smile self) and Milly, a glam go-getter of a PR whiz and mum of two (Toni Collette, whose prickly rendering of a self-absorbed double-mastectomy patient anchors the proceedings with a healthy dose of realistic grit, earning her the MVP crown)—doesn’t always justify the means to its geyser-inducing end.

As directed by teen-angst specialist Catherine Hardwicke (“Thirteen," "Twilight"), who takes a rare step into the arena of adult issues, “Miss You Already” examines—with unflinching honesty—the innately female health concerns involved with breast cancer and fertility problems. At the same time, the film has a slick predictability that can feel overly manipulative. It also has a bad case of Nancy Meyers-itis, where style in the form of character-defining wardrobes, lipstick hues, perfect manicures, footwear choices and hip home décor distracts as much as enhances the goings-on.

Milly, who quickly finds out about her troubling diagnosis soon after a sprightly opening montage narrated by Jess that brings their like-glue relationship up to date, eventually undergoes all the usual cancer trauma—denial, chemo, hair loss and an up-and-down recovery. The difference here is that she faces her situation not with a noble “Dark Victory” resignation but with a defiant air of irreverence and a deep concern about maintaining her status as an object of desire. Kudos to Hardwicke for not shying away from revealing Milly’s post-op body. The tenderness and intimacy shown by Barrymore, as her Jess tends to ailing Milly after surgery, is one of the highlights of the film.

Also adroitly handled is a heartfelt sequence where Milly tries on a series of wigs—ranging from ridiculous to perfect—while tended to by the dry-witted character actress Frances de la Tour. It's one of the times when “Miss You Already” manages to successfully combine laughter and poignancy to great effect.

But then there are the jokes. When Jess first hears about her pal’s bad news, she inquires, “How could the tumor have gotten so big?” Milly snaps back: “It’s aggressive—just like you.” Yes, there is a load of grim-reaper humor in the script by British comic performer Morwenna Banks (adapted from her radio play) that tends to be sitcom-ish, even if the cast sells it as well as they can.

As for Barrymore’s Jess, she and live-in boyfriend Jago (portrayed with lovable lug finesse by Paddy Considine) are desperate to have a child. “Your eggs are ready,” he says while preparing breakfast. “Not according to this,” quips Jess while scowling at a negative pregnancy test.

Let’s address the problem of imbalance as well. As Milly, Collette is endowed with a flamboyant personality and rich story arc, which she nails in nearly every scene. She also has Dominic Cooper as sexy-beast husband Kit, a onetime rock ‘n’ roll roadie turned record producer. Their existence together is much more varied and complicated, as they cope with the demands of raising children and the effect that her illness has had on their once-lusty bedroom romps. She is granted a well-meaning yet capricious TV star mum in the welcome form of Jacqueline Bisset, hiding behind a mound of bleached-blond hair but as lithe as ever at age 71.

Meanwhile, I would be hard-pressed to tell you what exactly Jess does for employment and, although they reside in a canal barge turned into a cozy houseboat, I didn’t know what Jago did with himself besides fret about their childless state—until he suddenly showed up on an oil rig rather late in the proceedings. It also seems that the couple discusses little else other than the possibility of using IVF to have a baby.

Some have criticized Jess and Milly’s spontaneous late-night detour to the stormy Yorkshire moors in honor of their shared appreciation of “Wuthering Heights” as being gratuitous. But it does give the two actresses a nice chance to bond (they dance outdoors in the rain while singing R.E.M.’s “Losing My Religion”), as well loudly air their grievances with one another. Besides, the Brontë family rarely gets as much referential treatment in movies as Jane Austen does. And the downpour nicely foreshadows the tears that will flow soon enough. 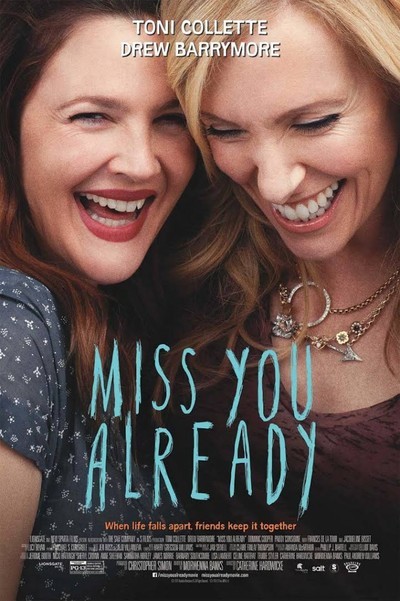 Rated PG-13 for thematic content, sexual material and some language.