Miles Davis: Birth of the Cool

As comprehensive as it is dry, Stanley Nelson’s “Miles Davis: Birth of the Cool” will educate those who aren’t aware that the legendary Kind of Blue was improvised lightning in a bottle, or about the era in which Miles Davis was influenced by Indian music. But if those pieces of music history are old hat for you, this doc has little to offer other than its catalogue, and the poignant musings offered by a cadre of musicologists, writers, and loved ones who knew the jazz genius closely in one way or the other. For either newcomers or fans, the documentary’s cradle-to-grave, talking-head approach too readily threatens to take the zip, romance, and funk out of a fascinating subject who would be nothing without those very elements.

One aspect that shines within Nelson’s doc is the tangible sense of evolution—it is instructive on how to hear the different quintets and styles within Davis’ catalogue. And with its expansiveness, it connects the many dots to show how different collaborators (or journeys, as when Davis spent time in Paris and returned a balladeer) influenced the way Davis played trumpet and changed jazz forever, again and again. Nelson’s doc treats pivotal albums more like general eras than milestones—even the record that inspired this film’s title feels glossed over—but it creates a full sense of his career, and the many languages he created using the same 12 notes.

Words written by Davis accompany different historical moments and presented by Carl Lumbly, who has that scratchy raspy voice of Davis’ that many people in the film talk about, and sometimes imitate. But the movie is so touch and go with his artistic breakthroughs and heartbreaks—of which he had many—that the self-reflection in Davis’ trumpet is a colorful, lonely voice up against waves of monochromatic filmmaking.

Nelson’s doc thankfully eschews hagiography—it’s for the fans, but it reckons with the ugliness that equally informed his art. His ex-wife, the late Frances Taylor Davis, talks about the abuse and misogyny she faced when with the violent and jealous Davis, who essentially removed her from her dreams of dancing, virtually forced her to stay home, and accept domesticity. Davis’ drug habits are covered in all of their tragedy too, and in the doc's honest coverage of the pain he felt, a complicated morality emerges for a truly blood-sweat-and-tears composer and performer.

And yet whenever there’s a sudden burst of energy, it creates an overall herky-jerky rhythm. Nelson will introduce a decade with quick cuts of stock footage, and before one can get a strong enough rush it’s back to more talking heads, surveying Davis’ career like civil war docs do battles. Even some jokes within included footage fall flat amongst the editing, as with the inclusion of Walter Cronkite calling jazz “musical noise” in a news clip before the doc shrugs and goes on to its next talking point.

Nelson’s film was likely always meant to be constructed like this—probably from its conception—so it doesn’t seem entirely fair to knock it for its more pedagogical intent and form. Still, an information dump feels like a shortcut. “Miles Davis: Birth of the Cool” won’t transport you back to Davis’ pivotal performance or immerse you in his different states of mind, but it will kill whenever there’s a substitute teacher for music history class. 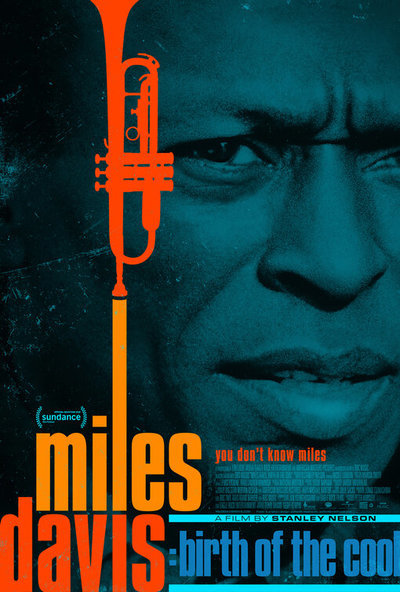 Miles Davis as Himself (archive footage)

Juliette Gréco as Herself

Herbie Hancock as Himself

Lee Konitz as Himself

Carlos Santana as Himself

Wayne Shorter as Himself

Ron Carter as Himself

Jimmy Cobb as Himself