Madoff: The Monster of Wall Street

Joe Berlinger has turned his filmmaking career into a docuseries factory for Netflix. The director of the excellent “Brother’s Keeper” and incredible “Paradise Lost: The Child Murders at Robin Hood Hills” is one of the pioneers of the true crime documentary. And Netflix clearly saw his value and have turned him into a veritable factory with branded series lie “Conversations with a Killer” (which has profiled Ted Bundy, John Wayne Gacy, and Jeffrey Dahmer) and “Crime Scene” (which has detailed the Cecil Hotel, The Times Square Killer, and the Texas Killing Fields). I miss the Berlinger who could occasionally surprise with something masterful like “Metallica: Some Kind of Monster,” but he definitely elevates the true crime docuseries for Netflix, something that’s easily discerned watching his latest, “Madoff: The Monster of Wall Street.” It’s not as flashy as his serial killer exposes, but it does take a very complex issue and unpack it in a way that’s easy to follow. Pretty much everyone knows that Bernie Madoff was a greedy criminal, but the extent of his Ponzi scheme has never been more deftly laid out, and Berlinger goes a step further to point fingers at the many people who looked the other way as it was happening.

Bernie Madoff started with penny stocks in the ‘60s, building a company that would become Bernard L. Madoff Investment Securities. As his company grew, Madoff added incredibly high-profile clients to his roster, often traveling the world to seduce the wealthy into allowing him to invest their money. The problem? He wasn’t investing it, at all. Many fraudsters use their schemes to hide poor investment strategies, but Madoff was bolder, literally taking money from Peter to pay Paul and not putting a dime in the actual market. Some of the anecdotes about how they would pull this off are stunning, including using the stock data from the day before on statements and manhandling printouts when the authorities came to see them so they didn’t look freshly printed. At one point, a hot document off a line printer was put in the fridge for a few minutes so it wouldn't be so new. It’s jaw-dropping and reveals how Bernie didn’t do any of this alone. It would be impossible for him to do so.

“Madoff: The Monster of Wall Street” allows experts and witnesses to tell the story, intercut with a few too many recreations for my taste, but this is admittedly dry material that Berlinger and his team try here to make more engaging. They wisely give a ton of time in interview segments to Diana B. Henriques, the author of The Wizard of Lies, who clearly knows this story like the back of her hand. She knows how to give viewers all the necessary details without making it feel like homework.

She’s also, like most of the people involved, righteously angry at a system that failed on so many levels. The number of times that Madoff should have been caught is ludicrous—it sometimes felt like he was committing crimes in plain sight—and the government ignored the whistleblowers who tried to take him down. The final chapter of this four-episode series focuses on the heartbreaking fallout, including not only what it did to the Madoff family tree but the many investors, including the successful ones who had withdrawn money that the government attempted to reclaim. "Madoff: The Monster of Wall Street" becomes a cautionary tale, reminding us that criminal greed doesn’t always hide in the shadows. Sometimes it’s right in front of a spotlight so bright that it blinds those in charge of stopping it. 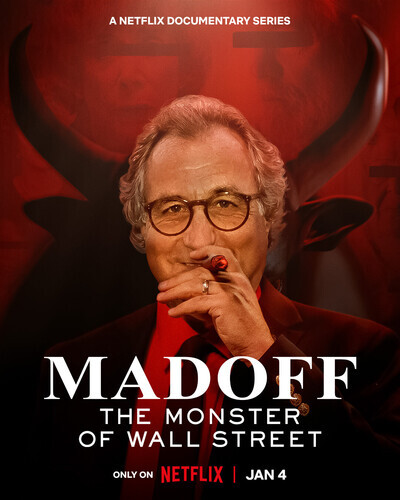 Madoff: The Monster of Wall Street