This glum, poorly organized crime drama has a not-unpromising premise. Harvey Keitel plays a businessman of Greek extraction named Demi (with a New York accent for all that), living in Britain. Donald, portrayed by a downcast Gabriel Byrne, is his driver, a loyal attendant. Demi dies very suddenly—about five minutes in—although it takes a while to be sure, because the movie just cuts to a funeral. Could be anybody. But you get that a lot with this movie. In any event, a couple minutes later we learn it is indeed Demi who is dead. “I ask for your assistance with regard to the apartment and its contents. Please be sure there are no undesirable repercussions as a result of my indiscetions.” Apartment? The place that Donald has to clear out looks more like a gated house, but whatever.

In any event, the person he has to expel from the place is Amber (Sibylla Deen). A beauty of Pakistani descent, Demi’s mistress. She shows up at the place while Donald is waiting. Donald spies on Amber a while, and then reveals himself to her—she’s startled of course—and tells her he has to “clear out.” In the role of non-gentleman’s gentleman, Donald possesses little aplomb. He immediately alienates Amber, and then offers her a lift, because he feels a little bad about it. He drives Amber to her Bradford hood, where all kinds of shady stuff goes down. Within minutes Donald is pulled over by police, and Amber gets the crap kicked out of her, in two completely separate incidents. Later, Amber tells Donald that there may be a sex tape on Demi’s phone. “If they’re deleted you don’t have anything to worry about do you?” shrugs Donald. “He USUALLY deletes them,” Amber responds.

So here’s an interesting suspense hook: will this movie show us Harvey Keitel in a simulated sex tape? Well, soon enough, every peripheral character in the movie is watching a shirtless Keitel doing some non-explicit cavorting. But other story concerns develop. Donald is divorcing, acrimoniously. Amber’s younger sister is stuck in an arranged marriage scheme with a slimy gangster cousin. Without giving the two characters much actual reason to—the movie has a slight antecedent in Neil Jordan’s “Mona Lisa,” but that picture ran on an engine of ill-advised amorous obsession—Donald and Amber form an alliance.

Lead actors Byrne and Deen do grounded, stalwart work, and director Mitu Misra occasionally succeeds in making the characters’ milieu’s register with force. But the storytelling is rickety. Characters are introduced willy-nilly and viewers don’t find out their place in the movie’s scheme until much, much later. There’s a way in which the whole thing just fails to hold together. The themes of cultural difference are certainly pertinent, and the movie is eager to face up to them. At one point, Amber’s mom asks her, in disgust, “Why are you judging us by British standards?” Amber’s own ambitions—it’s revealed in the middle of the movie that Demi was putting her through law school, and they mutually promised to end that affair once the achievement was unlocked—are frustrated, with extreme prejudice, on all sides. A more focused approach to her dilemma might have yielded a more memorable movie. 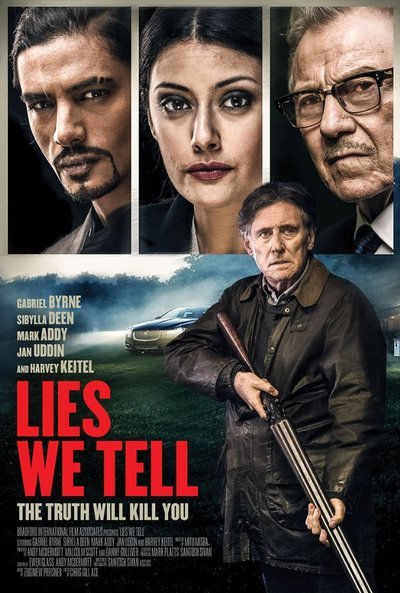